MANCHESTER UNITED'S chances of winning the 2021 Champions League aren't looking too clever after a shock 2-1 defeat away to Istanbul Basaksehir.

But who are the runners and riders three games into this season's European competition? 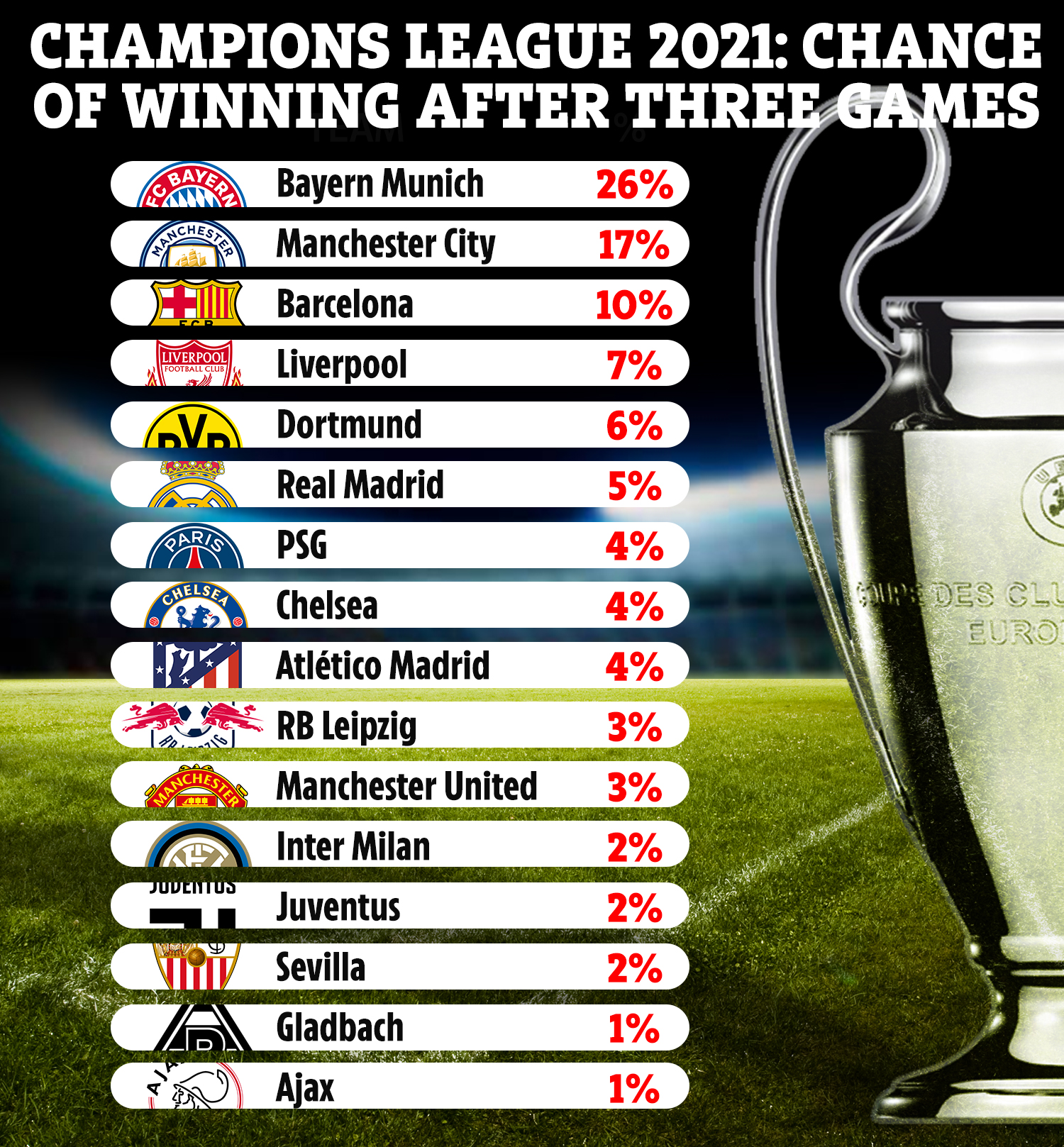 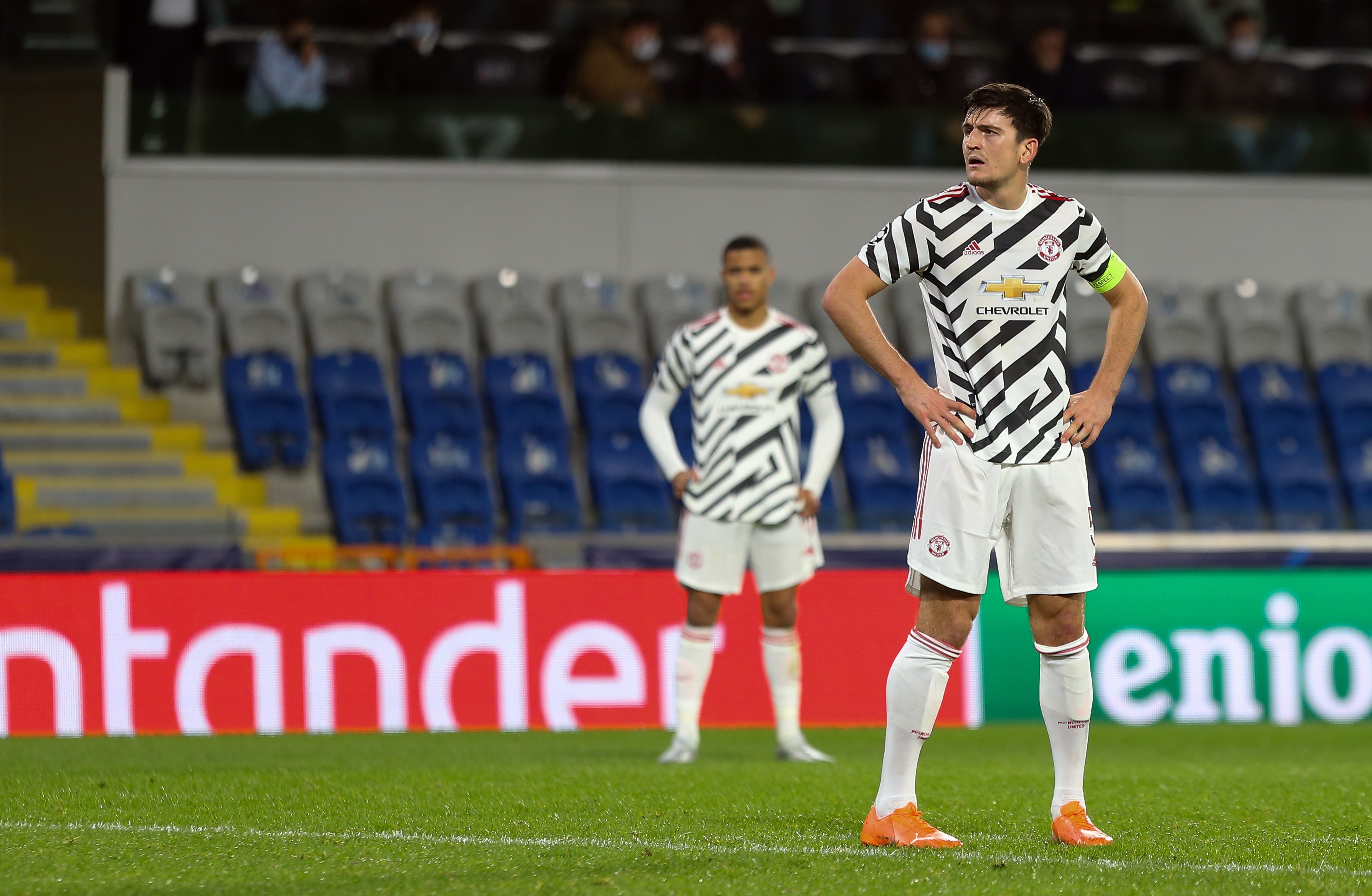 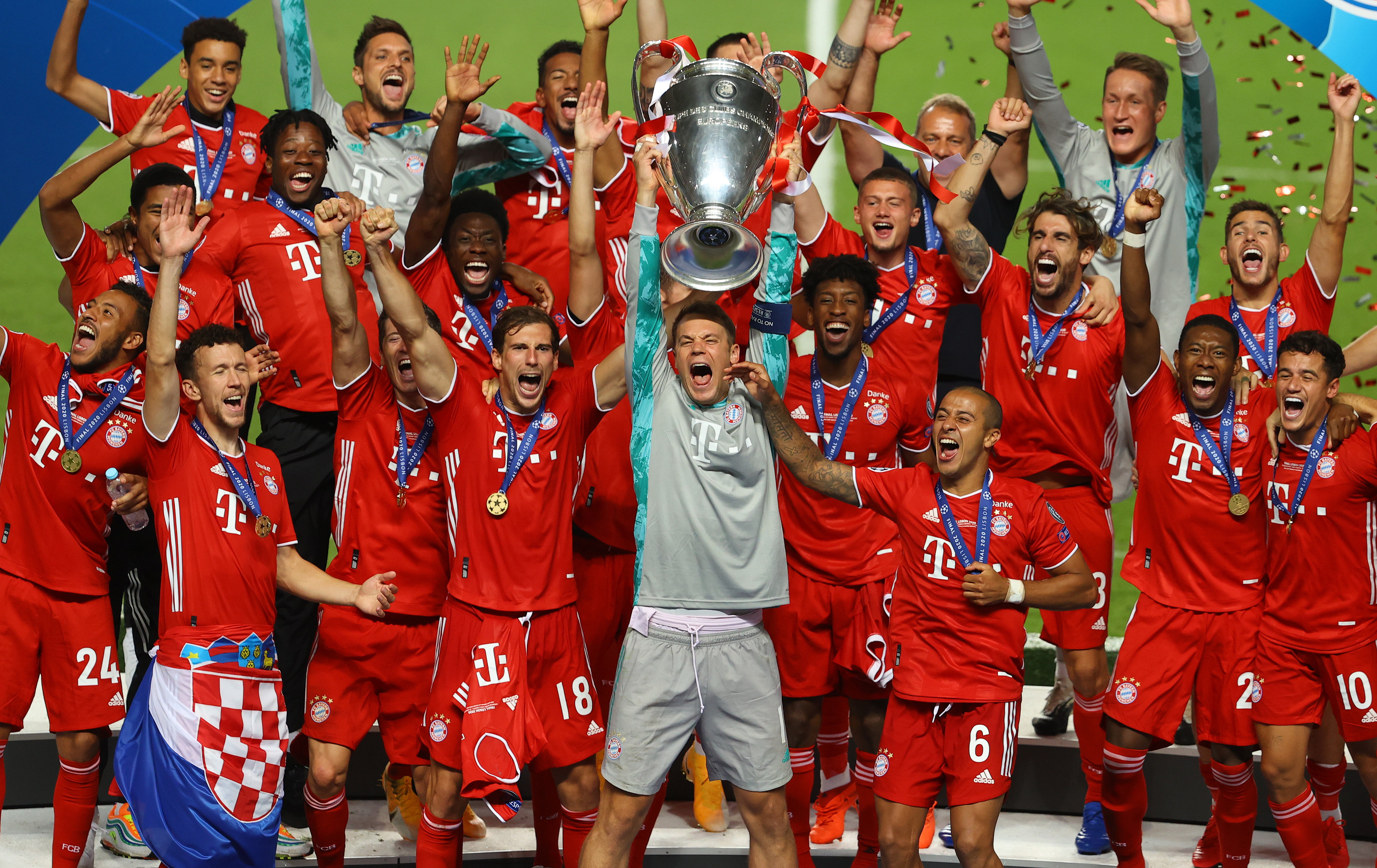 Data crunched by FiveThirtyEight has reigning champs Bayern Munich as the hot favourites to be crowned kings of Europe again.

Hansi Flick's side have a 26 per cent chance of winning the final at this stage.

After Wednesday night's blip, Ole Gunnar Solskjaer's Red Devils can only lay claim to a three per cent chance of going all the way for the first time since 2008.

United had made a very assured start to their Champions League campaign, winning 2-1 away at Paris Saint-Germain.

Before super sub Marcus Rashford rattled in a hat-trick off the bench to help his side to a 5-0 thumping of RB Leipzig at Old Trafford last time out.

But former Chelsea man Demba Ba haunted United out in Turkey as he raced through all alone to score and get the upset underway after just 12 minutes.

Edin Visca doubled things after 40 minutes and the Turkish side held on despite Anthony Martial reducing the deficit just before half-time. 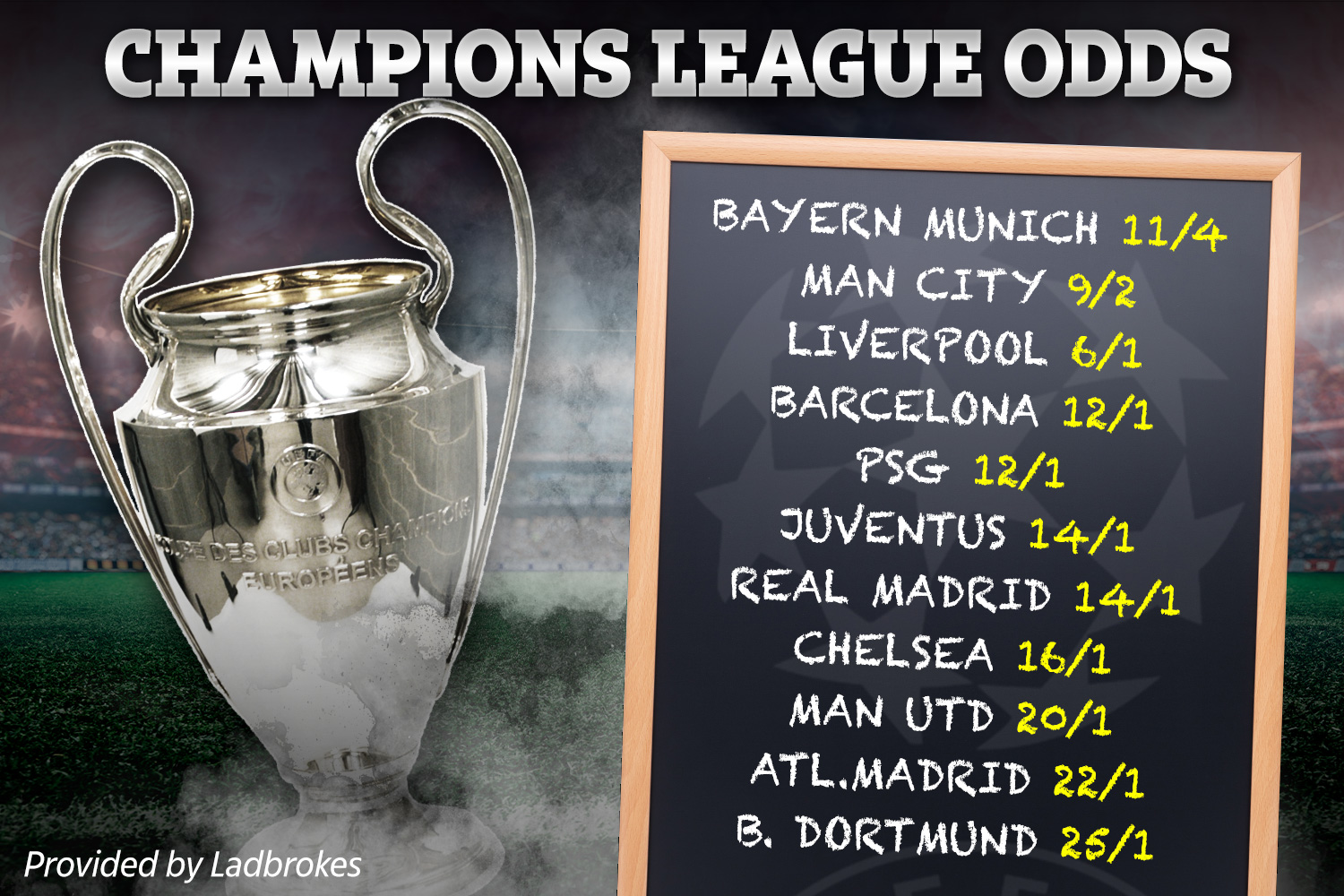 The Citizens saw off Olympiacos 3-0 on Tuesday to continue their flawless record at the top of Group C.

Raheem Sterling and Co are in with a 17 per cent chance of finally going all the way to European glory.

Lionel Messi's Barcelona have a ten per cent shot at glory with Jurgen Klopp's Liverpool, 2019 winners and 2018 runners-up, a seven per cent chance.

Diogo Jota's hat-trick helped the Reds punish an out of sorts Atalanta 5-0 win which maintained their 100 per cent start in Group D.

Frank Lampard's Chelsea are unbeaten in Group E but sit level on points with Sevilla and after Wednesday's 3-0 win over Edouard Mendy's old side Rennes, the Blues are considered four per cent outsiders.