Louisiana residents are preparing for their first hurricane of 2019.

Currently,Tropical Storm Barry is 70 miles from Morgan, Louisiana in the Gulf of Mexico. The National Hurricane Center expects it to make landfall as a Category 1 hurricane around 7 a.m. local time on Saturday.

That’s because Barry is gaining strength as it approaches the coast; the storm’s maximum sustained wind speeds are hovering around 65 mph, but speeds over 73 mph would upgrade Barry to hurricane status. If that happens as predicted, this would be only the third time in 168 years that a hurricane hits the Gulf region in July.

According to Barry’s current course, it could make landfall near Marsh Island, about 100 miles west of New Orleans in Vermilion Bay,Accuweather.com reported. 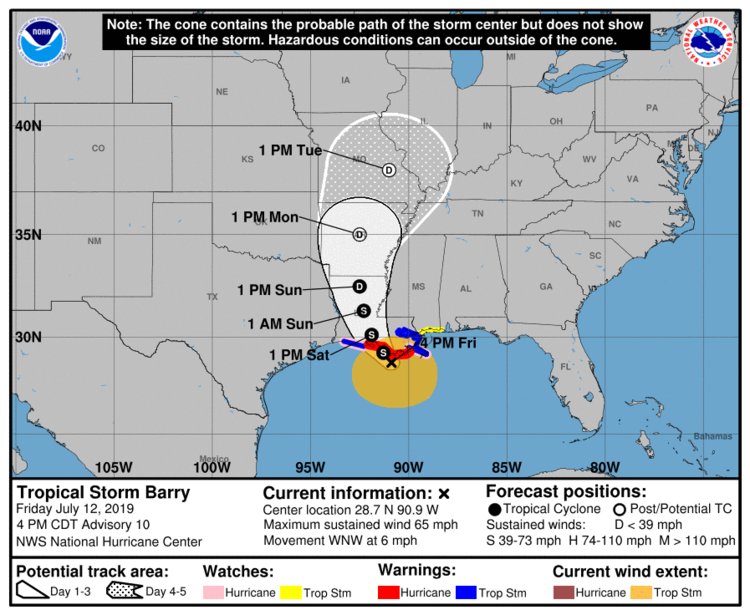 According to the National Hurricane Center (NHC), Barry is expected to weaken back into a tropical storm as it moves over Louisiana on Saturday (with winds between 39 and 73 mph). As the storm continues north through Louisiana on Sunday morning, it will be downgraded further to a tropical depression (which means wind speeds would fall below 39 mph).

The weather pattern is slated to reach Arkansas 24 hours later, then Missouri after that, followed by Indiana. 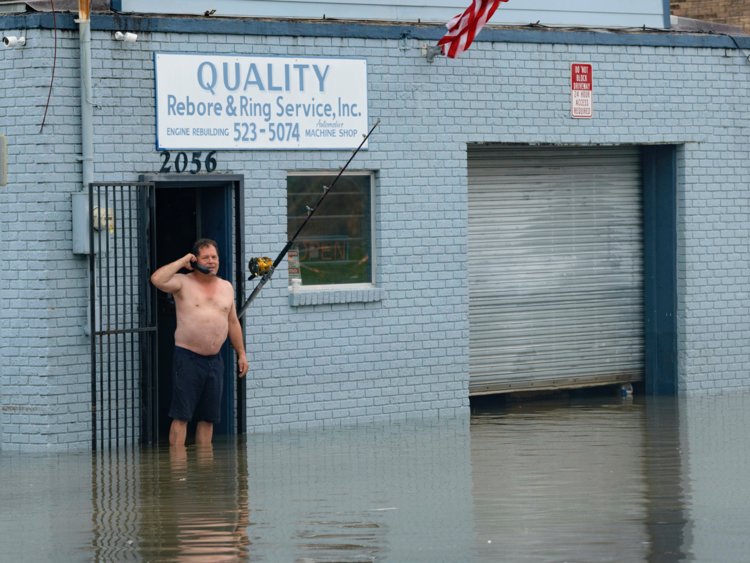 David Fox makes a call from his business on Poydras Street in New Orleans after flooding in New Orleans, July 10, 2019.Matthew Hinton/AP

Currently New Orleans mayor Latoya Cantrell has advised residents to shelter in place. Cantrell told reporters at a news conference on Thursday that the city only mandates evacuations for major hurricanes — Category 3 or higher —according to Accuweather.com.

So New Orleans and other coastal Louisiana residents are preparing for days of heavy rainfall. The NHC has forecastup to 20 inches of rain across Louisiana over the coming days, which threatens to overflow New Orleans’already-strained Mississippi river levees.