Electric Radiators Direct managing director Stephen Hankinson said: “With record increases in global gas prices causing the energy price cap to rise by 54 percent and the Government encouraging homeowners to move away from fossil fuels with net zero goals in mind, many Brits may be looking to switch to alternative solutions. “However, 43 percent of UK residents have admitted that money is the biggest obstacle to them “going green” with their home heating, according to new research. “So far, just six percent of British homeowners have already switched to ‘greener’ energy solutions in their property, and 24 percent admit they don’t know which ones would be best.”

According to Mr Hankinson, while gas is a cheaper energy source per unit, electricity can prove to be less expensive in the long run — not to mention better for the planet — as it is 100 percent efficient at its point of use, with every watt of power used converted to heat.

Gas heating, he explained, “sustains system losses, which naturally occur at the point of combustion, as well as across the pipe network.

“Up to 50 percent of the heat produced by a gas boiler can be lost through the pipes, especially if they’re not well insulated.

“This means you end up paying for warmth that you aren’t actually benefiting from.”

However, Mr Hankinson conceded, switching heating solutions may not be financially viable for everyone.

He said: “If rising energy costs are your immediate concern, it may not be feasible to invest in new solutions for your home right now.

“It could be helpful, however, to consider the long-term benefits of ditching gas, and plan ahead for a switchover in small steps.” 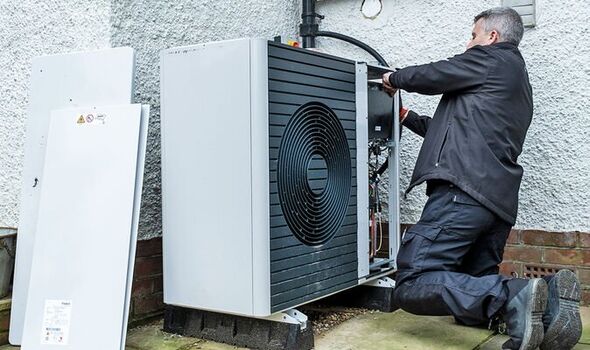 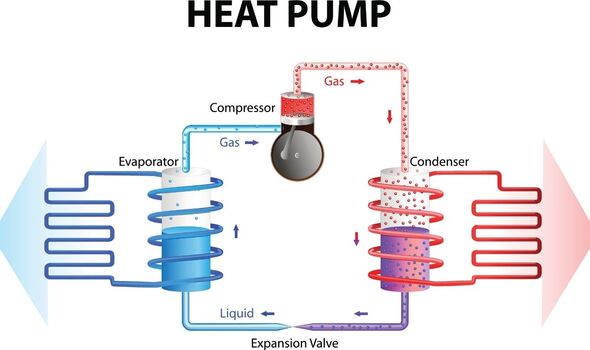 Mr Hankinson’s first suggestion for a gas alternative is a heat pump, a device which works like a refrigerator in reverse, moving heat from the air or ground outside a building to its inside, through the circulation of a refrigerant.

He said: “They are highly efficient and could also be used to cool down the house in warmer months. As such, for the right household, they could be the answer.”

The drawback with heat pumps, however, comes in the initial setup costs — averaging at around £8,000 for air source pumps and a whopping £35,000 for ground source ones.

While the government is offering financial support for heat pump installations in the form of the Boiler Upgrade Scheme, such only cover £5,000 for air source heat pumps and £6,000 for ground source pumps.

Mr Hankinson added: “For many, this is a big investment and something they’d only consider installing in a property they’re planning on living in for some time.

“In terms of running costs, outgoings for a heat pump in an average-sized home could be around £1,725 a year in total.” 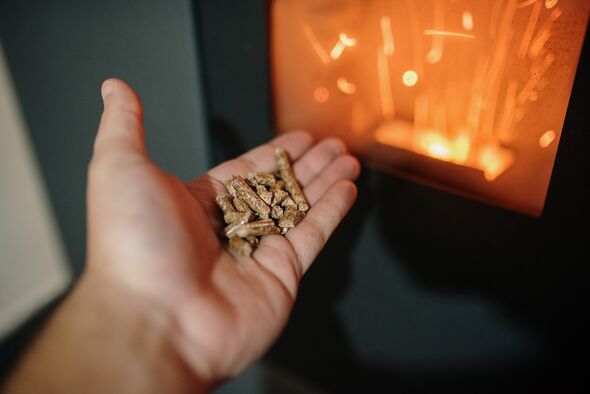 Depending on the model and wattage selected, the cost of electric radiators typically ranges from £200–£500 per unit.

They generally come with no installation feeds, and cost some £1,200 collectively to heat an average three-bedroom property.

Another advantage of electric radiators, Mr Hankinson explained, is that they can also be paired with a green energy tariff for completely carbon-neutral heating.

He added: “Switching to a green tariff means that your provider is agreeing to buy energy only from renewable generation methods.

“Green energy suppliers can also replace the electricity you use with renewables and feed it back into the national grid, making your home heating carbon-free.” 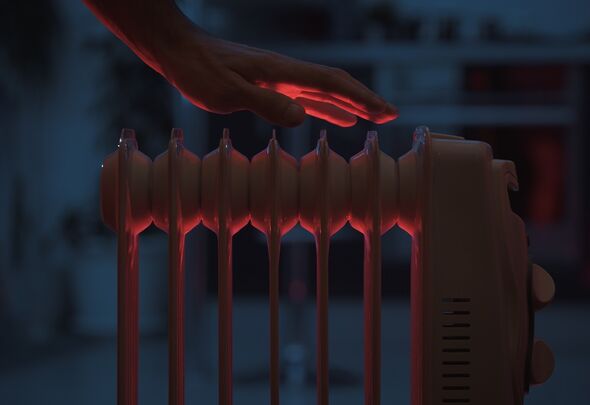 But he also has three more alternatives if a heat pump isn’t for you.

One option being supported by Government grants of £,5000 are biomass boilers, which operate by burning materials like logs or wood pellets.

This, Mr Hankinson explains, makes them a good option for rural homes and for those able to source suitable matter that can be turned into fuel.

“If you’re thinking of choosing a biomass boiler, make sure you have enough space to house one, as they can be considerable in size.”

DON’T MISS:
Battery breakthrough to revolutionise electric vehicles [REPORT]
Putin warned of ‘unbreakable bond’ between UK and US [ANALYSIS]
Ukraine to use deadly HIMARS to wipe out Russians [INSIGHT]

DON’T MISS:
Battery breakthrough to revolutionise electric vehicles [REPORT]
Putin warned of ‘unbreakable bond’ between UK and US [ANALYSIS]
Ukraine to use deadly HIMARS to wipe out Russians [INSIGHT] 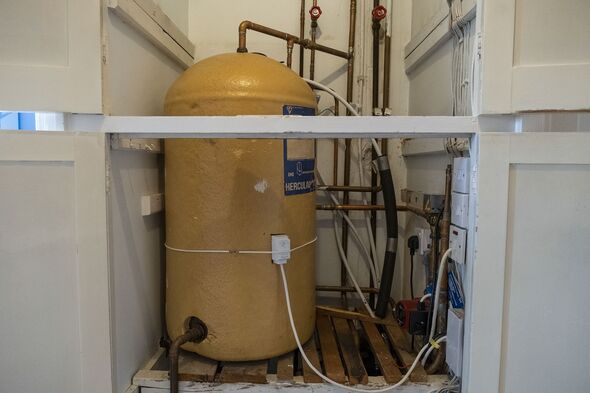 The final option proposed by Mr Hankinson are infrared heaters, which he calls a “good solution” for homes that aren’t perfectly insulated.

He explained: “Instead of warming the surrounding air like convection heaters, they produce 100 percent radiant heat that travels in a wave.

“As a result, they heat surfaces directly, reducing the chance of warmth being lost to draughts.”

Infrared heaters typically have a lower wattage than radiations, meaning they use up less electricity — but may need to be left running for longer in larger or less well-insulated homes.

They cost roughly £200–500 per unit and cost around £615 to run collectively in an average three-bedroom home. Like radiators, they can also be paired up with a green energy tariff.

Regardless of which alternative is adopted, it is important to seek professional help to have an old gas system removed, given the high risks involved, Mr Hankinson said.

He said: “The overall cost will depend on several factors, such as the size of your house, the age of your boiler and how many radiators and pipes you have.

“So, it’s always worth comparing quotes from a few different professionals in order to get the best one.

“Before you do so, always ensure you’re only getting in touch with Gas Safe registered engineers, to avoid any risks.”