The basis of the claims come from the predictions of Saint Malachy, the Archbishop of Armagh, to whom several miracles were attributed to in the 12th-century. In 1139, Malachy went to Rome from Ireland to give an account of his affairs, when he reportedly received a strange vision about the future, including the names of 112 future popes. His prediction for the 112th and current pope – Francis – is rather shocking, it reads: “In the final persecution of the Holy Roman Church there will reign Peter the Roman, who will feed his flock amid many tribulations, after which the seven-hilled city will be destroyed and the dreadful Judge will judge the people. The End.”

The father of the current pope was Pietro, or Peter, and was from Italy, even though the family moved to Argentina and Francis took over in 2013 following the resignation of Pope Benedict XVI in February 2013, leading many to claim the 900-year-old prophecy had been fulfilled, marking the end of the world when the pontiff dies or steps down.

While the human imagination struggles to picture what the apocalypse will be like, the Pope revealed his own vision to crowds at St Peter’s Square.

He said in 2014 that people can be sure that everything “deformed by sin” will pass away.

Quoting the Second Vatican Council’s Pastoral Constitution on the Church in the Modern World, he added: “God is preparing a new dwelling place and a new Earth where justice will abide, and whose blessedness will answer and surpass all the longings for peace which spring up in the human heart. 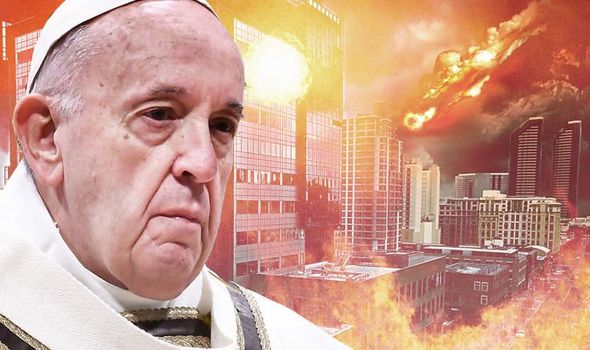 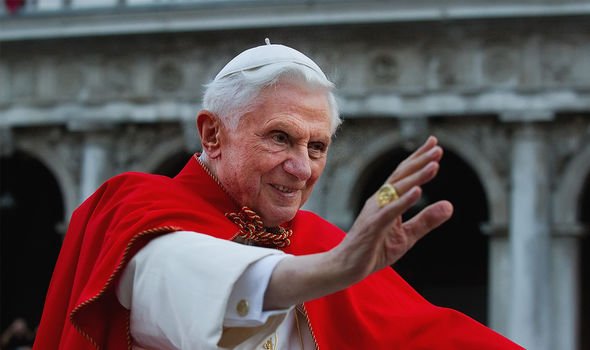 At the end, we will be face-to-face with God

“This is where the church is heading.

“More than a place, it is a state of the soul where our deepest aspirations will be fulfilled with abundance.

“At the end, we will be face-to-face with God.

The Vatican leader went on to detail how Christians will live for eternity. 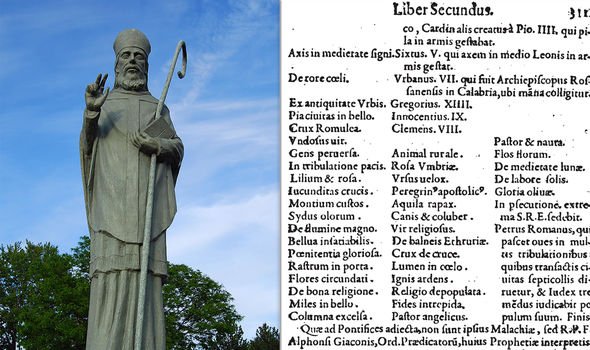 He added: “It is a deep communion between the Church in heaven and that still journeying on Earth.

“Those who already are living in the presence of God, in fact, can support, intercede and pray for us.

“Christians are called to offer good works, prayers and the [celebration of the] Eucharist to alleviate the tribulation of the souls still awaiting blessedness without end.

But, that day may have to wait a while longer, as there have been questions over the authenticity of Malachy’s predictions. 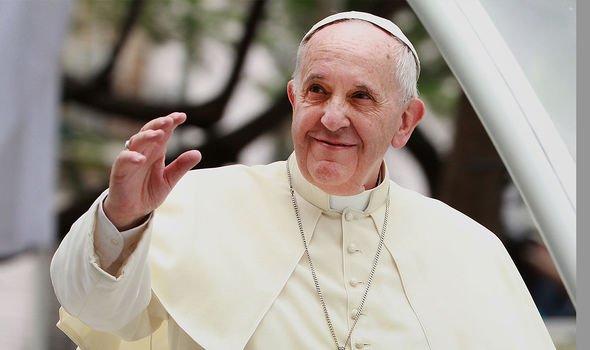 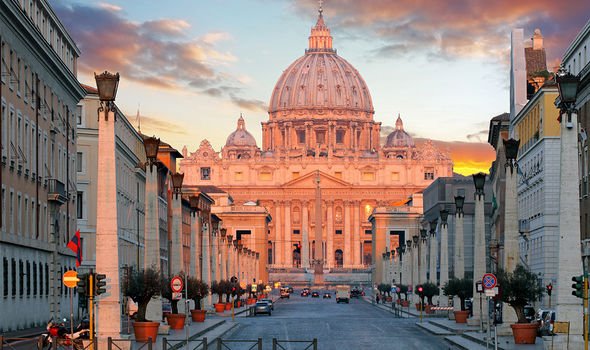 The Prophecy of the Popes was first published by Benedictine monk Arnold Wion in 1595, attributing the claims to Malachy.

Given the very accurate description of popes up to around 1590 and lack of accuracy for the popes that follow, historians generally conclude that the alleged prophecy is a fabrication written shortly before publication.

One theory to explain the prophecy’s creation put forward by 17th-century French priest Louis Moreri, is that it was spread by Cardinal Girolamo Simoncelli in support of his own bid to become pope during the 1590 conclave to replace Urban VII.

In the prophecy, the pope following Urban VII is given the description “Ex Antiquae Urbis” or ”from the old city”, and Simoncelli was from Orvieto, which in Latin is Urbevetanum, the old city.

Moreri and others proposed the prophecy was created in an unsuccessful attempt to demonstrate that Simoncelli was destined to be pope.