Newly earthed fossils from Taiwan have revealed a serpentine prehistoric predator ambushed its unsuspecting prey by shooting from its underground seafloor lair. These monster worms may have been ancestors of trap-jawed modern Bobbit worms (Eunice aphroditois).

These also secrete themselves in burrows under the ocean floor and can grow to be 10ft (3m) long.

This seems very similar to the shallow water worms that reach out, grab fish and pull them down

New fossil suggest their ancestors, living approximately 20 million years ago were L-shaped and grow up to about 7ft (2m) long and(2 to 3 cm) in diameter, researchers have reported.

Professor Ludvig Löwemark, a National Taiwan University sedimentologist involved in the study, said: “After 20m years, it’s not possible to say whether this was made by an ancestor of the Bobbit worm or another predatory worm that worked in more or less the same way.

“There’s huge variation in Bobbit worm behaviour, but this seems very similar to the shallow water worms that reach out, grab fish and pull them down.”

JUST IN: T-Rex fossil find opens ’window into the early lives of tyrannosaurs’ 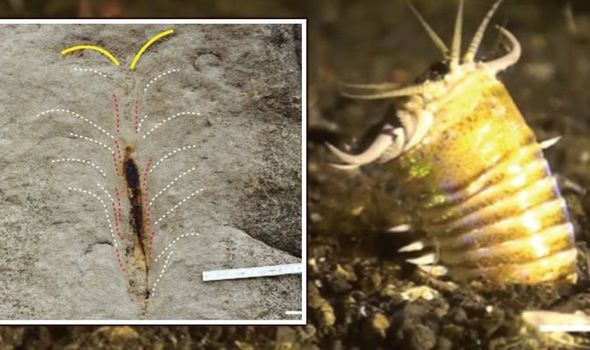 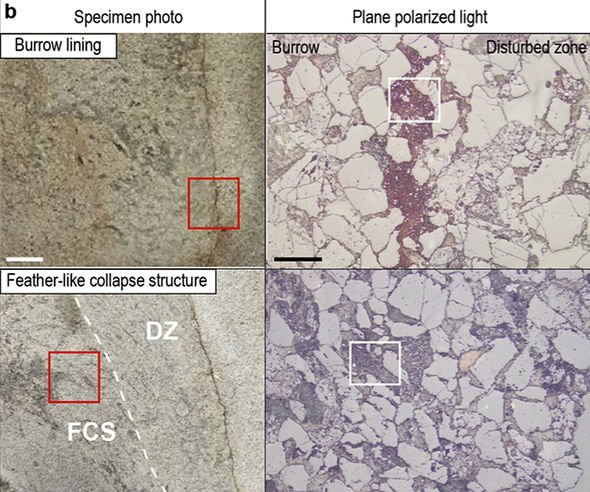 Bobbit worms earned their names from the notorious John and Lorena Bobbitt case, where the latter dismembered the former’s penis following years of abuse.

The burrows are now known to be reinforced with mucus, making them impressively resilient to weathering.

As a result, their former homes occasionally protrude from the fine sandstone rock faces. 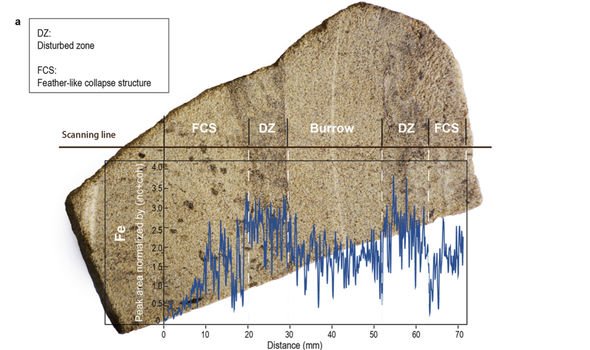 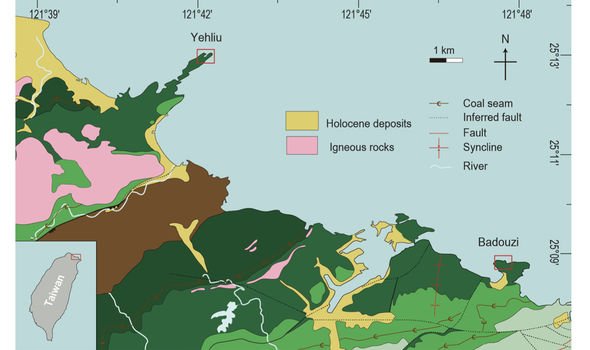 Despite initial mystification by the fossilised remnants, experts eventually honed-in on a likely suspect, after spotting a distinctive pattern resembling inverted funnels.

This provided the opening of the lair with a feathered appearance when viewed form the side.

This led the researchers to eventually conclude a hunting strategy similar to the Bobbit worm’s was responsible.

When the worms pull their prey down into their lair, the top of the burrow collapses and the worms have to rebuild it before ambushing their next meal.

Professor Löwemark said: “This results in the stack of cone-in-cone structures that form the ‘feathers’ around the uppermost part of the tube.”

The study’s authors wrote: ”We hypothesise about 20 million years ago, at the southeastern border of the Eurasian continent, ancient Bobbit worms colonised the seafloor waiting in ambush for a passing meal.”

They added how the worms “exploded” from their burrows when prey approached, “grabbing and dragging the prey down into the sediment.”

The scientists continued: “Beneath the seafloor, the desperate prey floundered to escape, leading to further disturbance of the sediment around the burrow opening.” 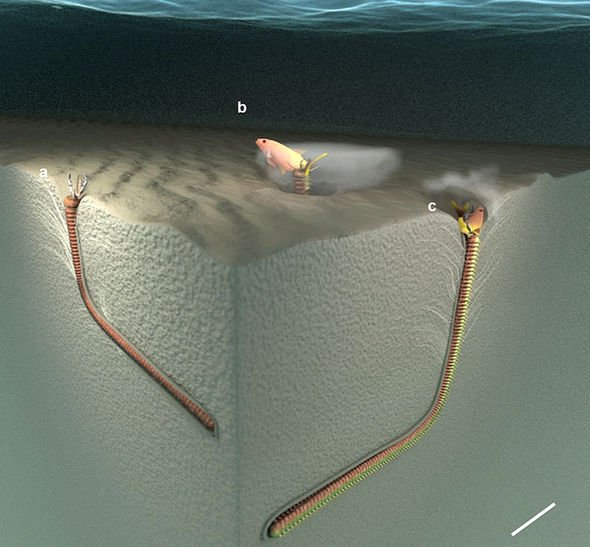 As the ancient worms retreated deeper into their tunnel with the thrashing prey, the struggle agitated the sediment, creating their ”distinct feather-like collapse structures”.

The researchers also detected iron-rich pockets in disturbed areas near the tops of the tunnels.

These probably appeared after worms reinforced the damaged walls with layers of sticky mucus.

And although no fossilised element of the worms were found, the scientists did manage to categorise a new genus and species, Pennichnus formosae, to describe the ancient animals, based on their burrows’ distinctive forms.

The scientists concluded: “The likely behaviour that created the tunnels “records a life and death struggle between predator and prey, and indirectly preserves evidence of [a] more diverse and robust paleo-ecosystem than can be interpreted from the fossil and trace fossil record alone.”