Chlöe Bailey is on fire. Since the debut of her first solo single ‘Have Mercy,’ its accompanying music video, and her show-stopping performance at the MTV Video Music Awards, people can’t get enough of the Grown-ish star. Outside of her music, her love life is a hot topic. While she’s been linked to several big names in the past, Bailey is shooting down rumors she’s dating rapper Future. 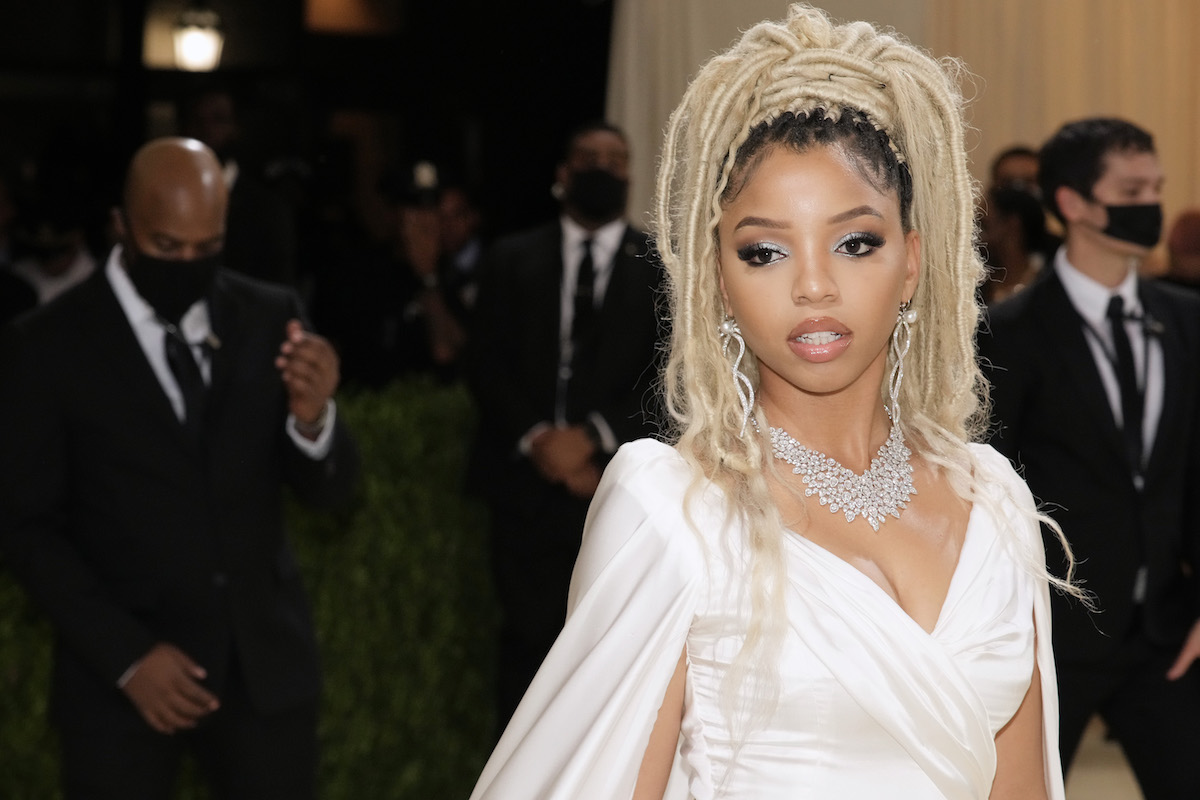 While doing a Q&A with fans, Bailey took a moment to address rumors surrounding her love life. One rumor is that she’s been canoodling with Future. Bailey says the rumor isn’t true.

Related: Who Has Chloe Bailey Dated?

“I don’t know where the rumor came from,” Bailey told fans. “Someone asked if me and Future talk? He’s a wonderful fella, I love his music. I’ve never spoken to him a day in my life.”

Future is known for his bachelor ways, having previous relationships with Ciara, Lori Harvey, Larsa Pippen, and Joie Chavis. He has eight children with eight different women, per Distractify.

With Bailey’s denial of a relationship with Future, fans are sending her their congrats for “dodging a bullet.” Several Twitter users are expressing their relief.

Rumors about Bailey and Simmons being an item began spreading during the summer of 2019. Their characters in the Freeform hit series Grown-ish are an item. Many also believed the romance transitioned off-screen.

The rumors were magnified when Simmons and Bailey were spotted hanging out at Dave and Busters. There were even photos that showed the two allegedly sharing a kiss. But in interviews, both Simmons and Bailey played coy when it came to dating rumors. Still, fans did not believe them.

Bailey seemingly confirmed that the two split in 2020 amid the promotion of the Chloe x Halle single ‘Busy Boy,’ in which they sing about a woman catching her man in lies. During an interview with 95.7 Jamz’s Coco, Chlöe said: “What I love about creating music is that we can put our experiences in the music and that’s how we share our personal life and it’s fun because that’s how our fans can kind of see what we’ve been dealing with. But yeah..”

Coco asked the sisters if they were both single. Chlöe confirmed such, saying, “Yeah, single,” before laughing with Halle.

Bailey’s main focus now is getting her music out and being a powerful example of a young woman. She’s been the victim of body-shaming from online spectators who deem her to be too sexy. Initially, the comments hurt Bailey. But she used them to her advantage in her latest music video.

“Men can glorify a– in their videos, I wanna do it with this in an artful, really fun and beautiful way,” she told MTV News. “It’s so great how women can claim ownership of their bodies and not let the world do it and we get to do it in the way that we want to and it was really fun…I think it’s incredibly powerful how women can leave men almost in a trance with their bodies and their spirits and the way they carry themselves. So it’s literally luring men and turning them into stone. So, it’s like a modern-day Medusa.”

Bailey is currently putting the finishing touches on her debut solo album. She says out of 100 songs, she has to narrow it down to about a dozen.