All of the major supermarkets have dine-in deals ranging from a menu for under £7 at Aldi to £20 deals at Tesco and M&S – and now The Sun has put four of the deals for 2019 to the test to find out if they'll get you in the mood. 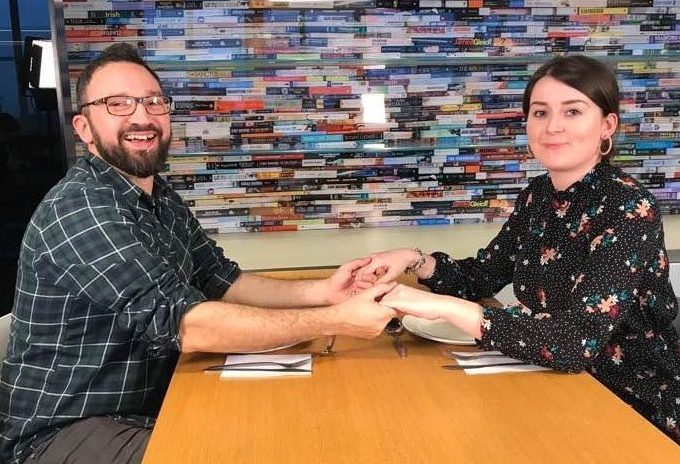 We asked two members of The Sun Video team – Rachael Clarke, 26, and Denis Ntais, 39 – to go on a ultra-romantic  Valentine's Day "date" in the office canteen to test out meal deals from Aldi, Asda, Tesco and Morrisons to see if the food could make sparks fly.

Aldi's is the cheapest as you can pick up a main, side and a dessert from just £6.77 for two, though the price varies as it isn't a set deal.

Asda and Morrisons have deals for £15 which include a starter, main, side, dessert and a bottle of fizz.

Tesco offers the same amount of food for £20 – but you can get a half bottle of real Champagne as part of the offer.

We asked Rachael and Denis to rate the deals on their taste, appearance, value for money and romance factor – here's what they thought. 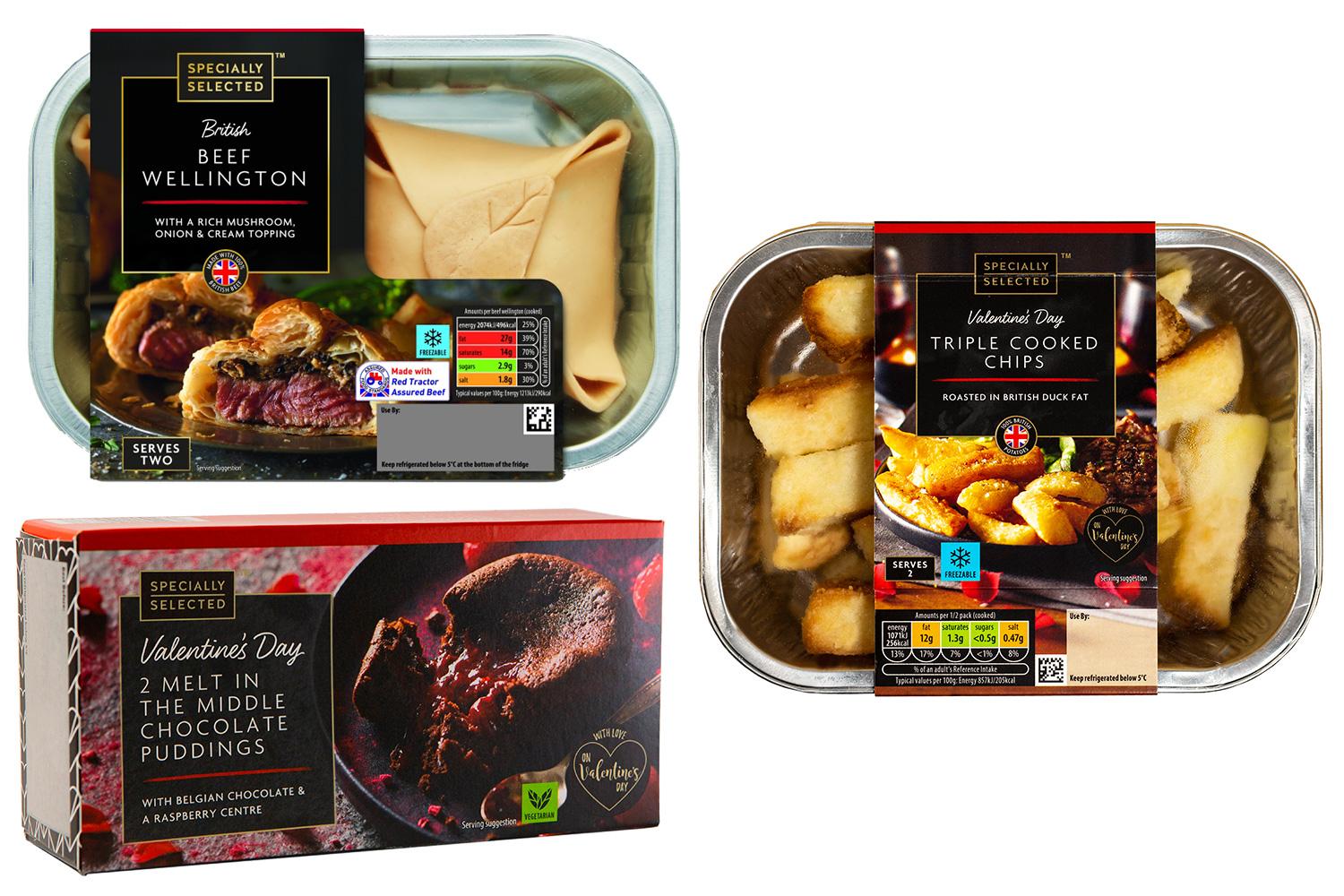 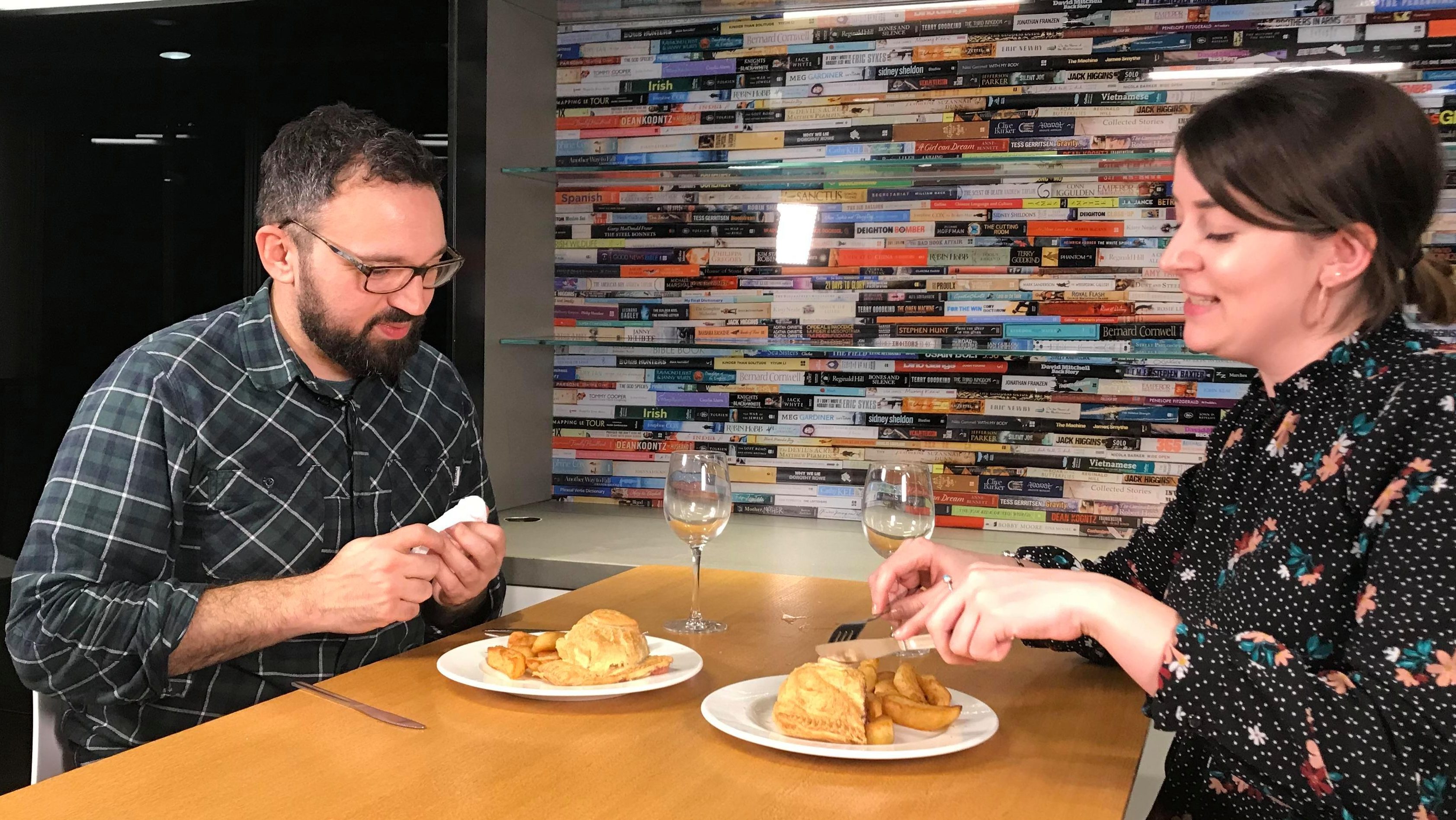 Rachael says: "This meal is great because you can get all this for under £10, it's really great value for money.

"It lacked the sharing-is-caring vibe of the other ones though."

Denis says: "It's not a very romantic meal. The chips were the best bit." Starter, main, two side dishes, dessert and drinks for two for £15 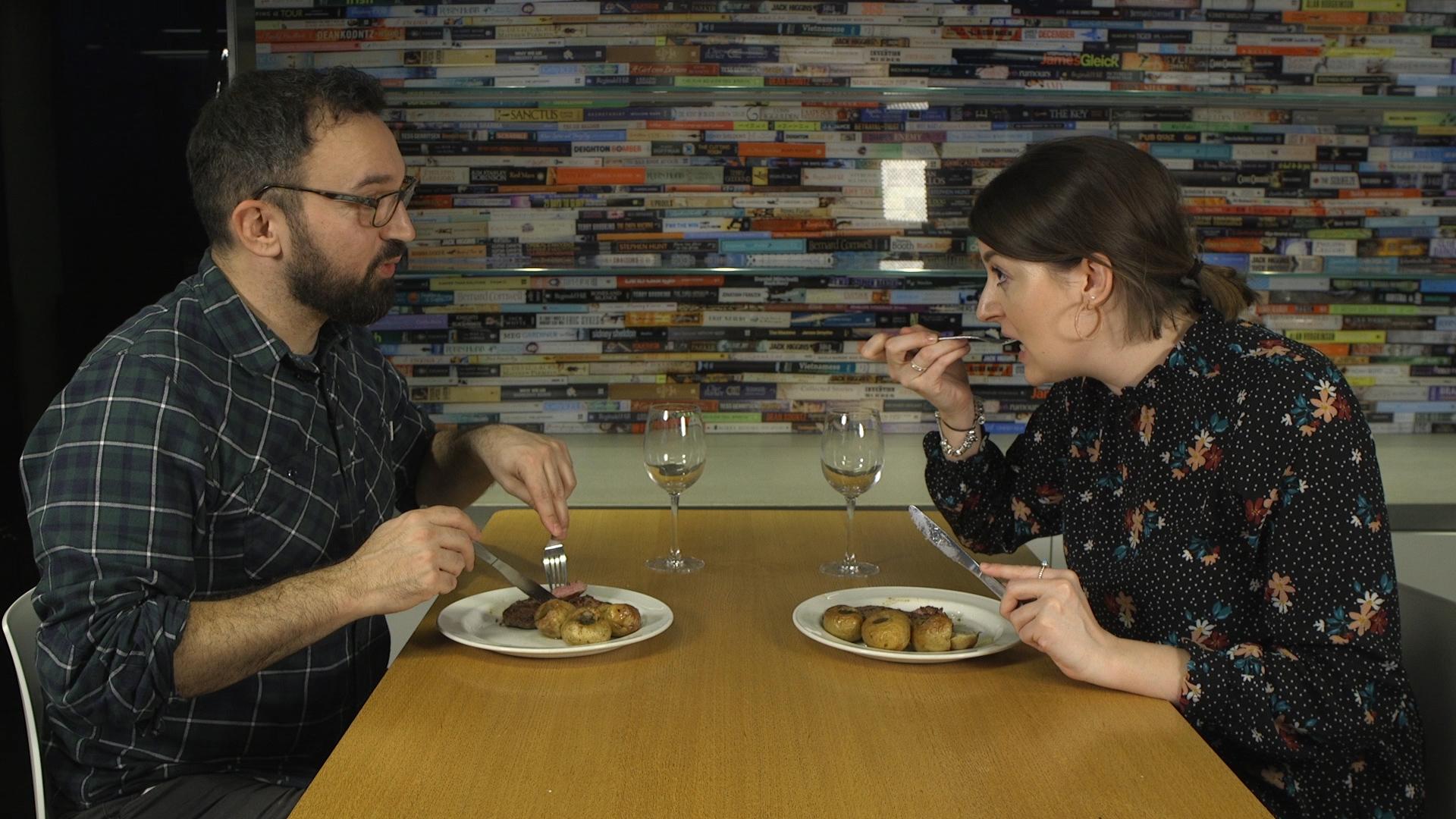 Rachael says: "The starter was really nice, with the prawns lovely and crispy.

"The main was great too, you can't go wrong with steak. The potatoes were too overpowering though, too much garlic. I didn't want Denis to get too close to me.

"But the dessert was spot on."

Denis says: "I really enjoyed it. I wasn't so keen on the potatoes because they were super garlicky and tasted a bit artificial.

"But I liked the prawns and the steak was great. The pudding was good too, just slightly too much of it." 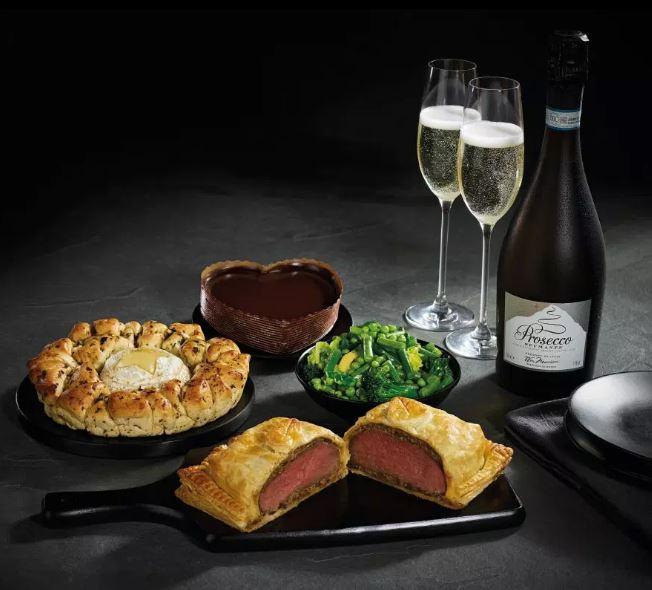 Starter, main, a side dish, dessert and drinks for two for £15 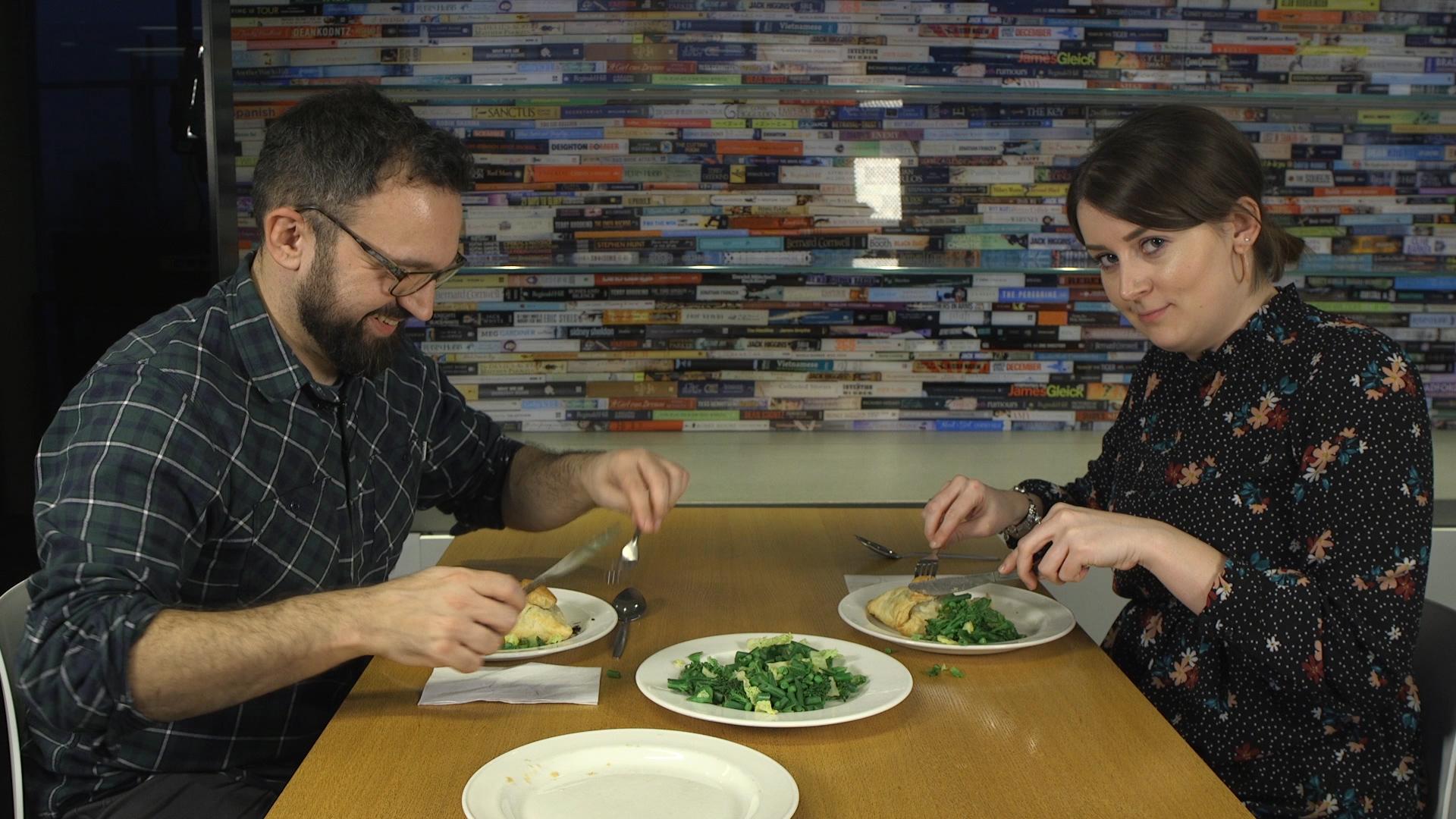 Rachael says: "If someone brought this home, I would dump them.

"The beef wellington was not as romantic as it should be and was quite bland, it needed some spice. The dessert was really moreish though."

Denis says: "I really wasn't a fan of the beef wellington, it wasn't very tasty.

"The dessert was the best bit of the whole meal. Sharing the brownie heart was quite romantic." 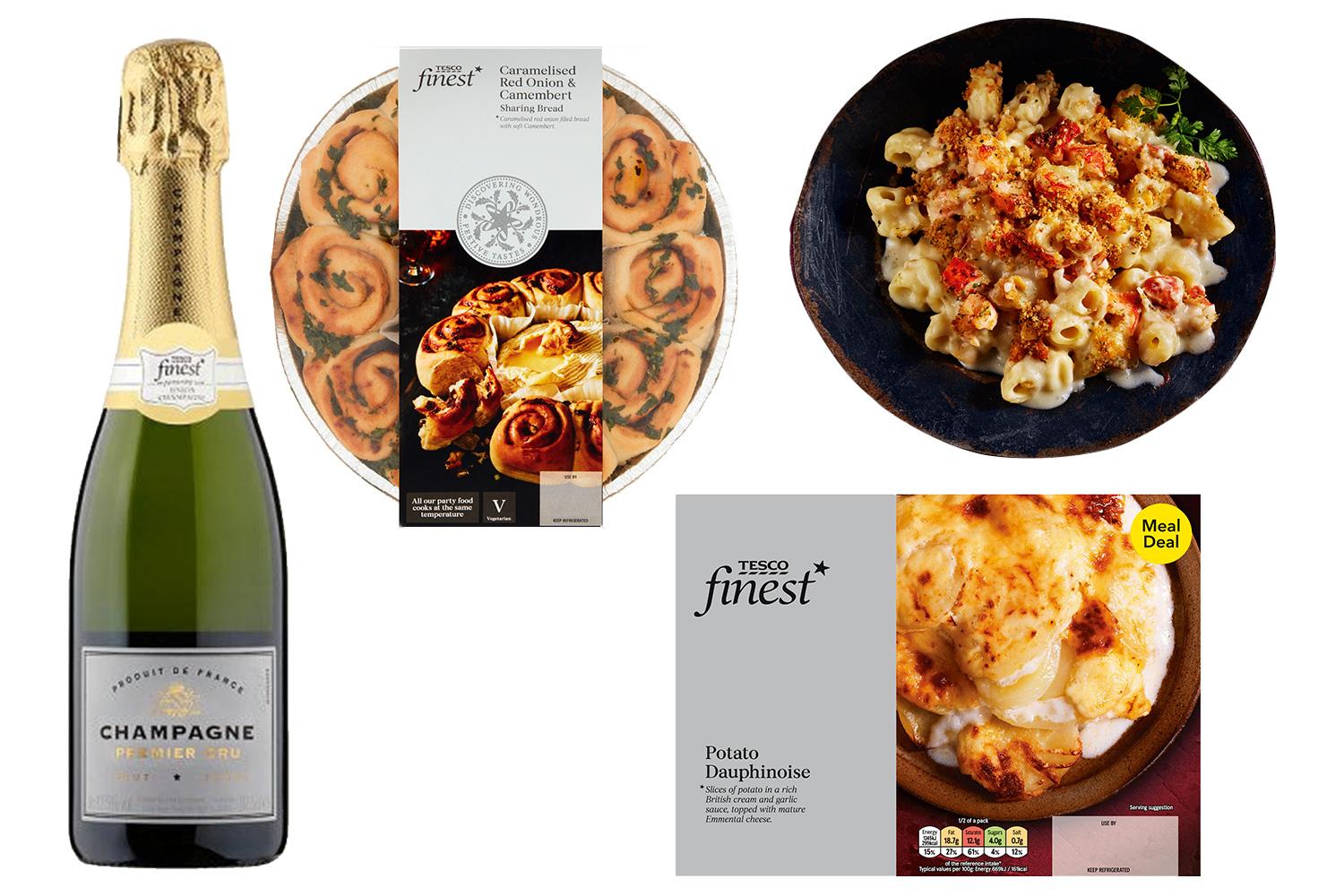 Starter, two mains, side dish, dessert and drinks for two for £20 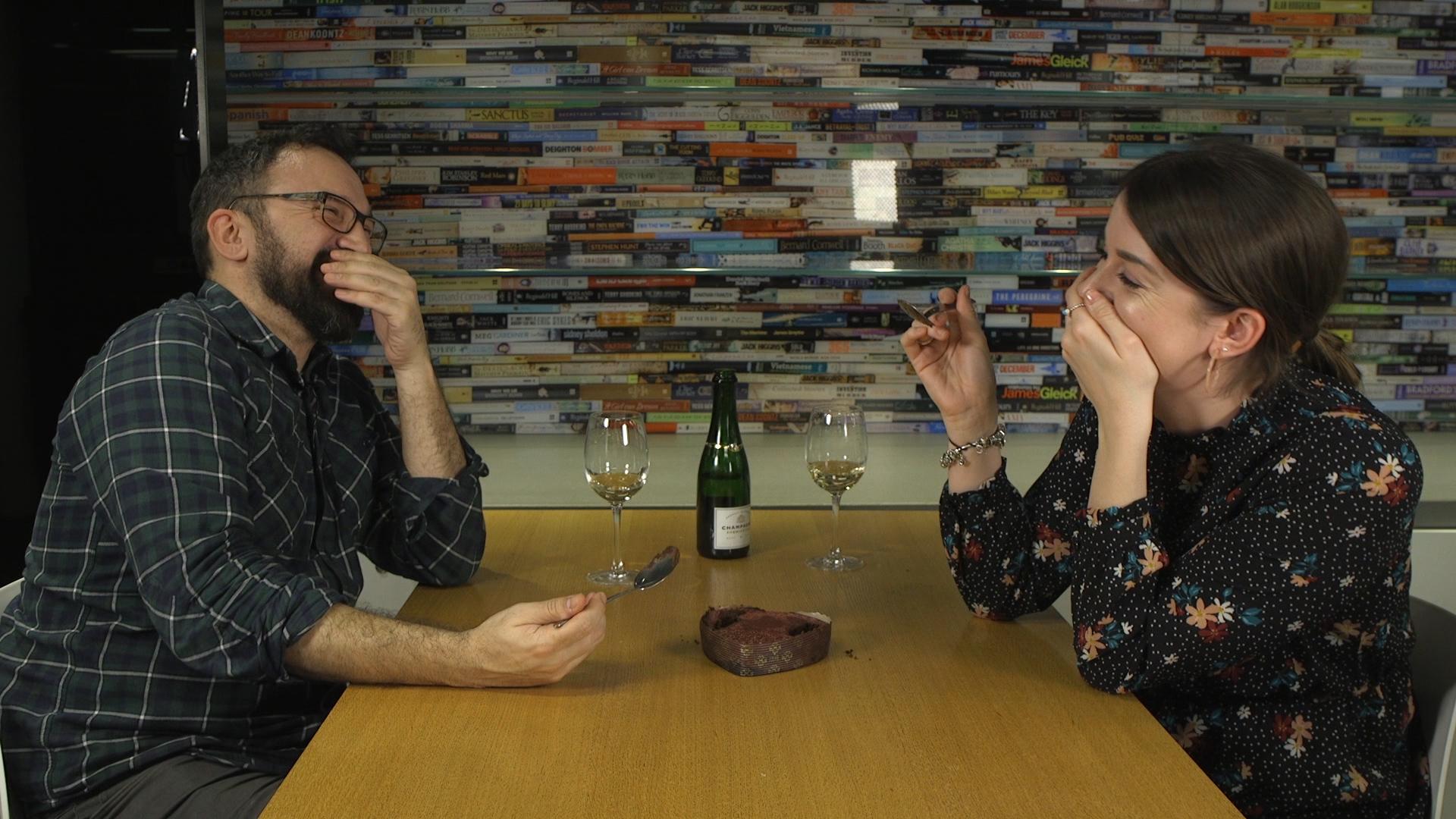 Rachael says: "I liked Tesco's tear and share bread because it wasn't as garlicky as Morrisons'. I found the lobster mac and cheese quite bland but the Champagne made it taste lighter.

"The chocolate brownie heart was also very similar to Morrisons'… but it tasted like plastic. I liked the pink glitter on top but I couldn't finish it."

Denis says: "The tear and share bread is going to fill you up.

"The Morrisons brownie was much better than this one too."

Are Valentine's Day meals deals worth it?

Rachael rated Aldi's deal as the best value for money but the couple both said that Asda's was their favourite for including steak in its £15 offer.

Rachael said: "You can't really go wrong with a Valentine's Day meal deal but for the perfect night, I'd go to Asda."

Denis added: "To be honest though, my advice is to buy the ingredients yourself and cook a meal from scratch.

"It'll be nicer and you'll save money."

B&M also has a dine-in deal for the most romantic day of the year for £9 which includes pizza and Prosecco for two.

Meanwhile, we've rounded up the cheapest deals on roses and bouquets for Valentine's Day.

M&S gave shoppers a laugh yesterday after announcing it is now selling a Valentine's "love sausage".