Broken statues to my left. A frozen clock on my right. And bang in between is a Danish couple, leafing their pocket dictionary. Instinctively I felt their pain. No matter how fluent your English, a place like New Zealand will stump you.

Speaking as a wordy neighbour, fed on a diet of Fred Dagg and Hairy Maclary, I was befuddled daily by Kiwi-speak. My three weeks looping the South Island were as much a checklist of fjords and train lines as foreign terms and weird road signs. 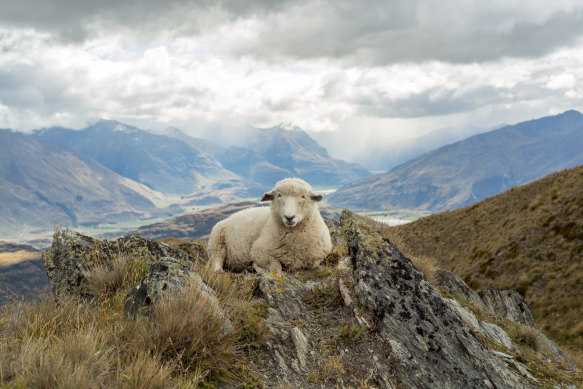 A ramp, say, means a bike lane, just as tramps on a walkway are what we’d call bushwalkers on a track. Same-same but different – wherever you looked. An exclamation mark ending a dramatic sentence makes sense; an exclamation mark posted beside a mountain road, however, makes you wonder where’s the outburst. Turns out the punctuation denotes a cattle grid, or what locals call a cattle stop – for future reference.

As for those baffled Danes, consulting their dictionary in Christchurch’s earthquake museum, the mystery word belonged to a quote on the wall. Late February 2011, just after the city’s worst quake, Mayor Bob Parker had declared: “Our main sewage trunk is seriously munted. I believe that is the technical term.”

Pity the Danes. Indeed, nobody is safe from Aotearoa’s linguistic fault lines. If it’s not the richness of te reo Maori woven into the landscape, including tuna for eel, the f-sound of the wh-combination, or a pop-up kiosk in Hokitika called Cuzzie’s Kai, then it’s the gotcha shifts in municipal labels.

Dead ends in Dunedin, say, are marked as no-exit roads, rather than the no-through scenario of a cul-de-sac we have over here. Free camping? Not quite. Across the Tasman, it’s freedom camping, despite a tourist lacking the liberty to do so, judging by most placards. Meanwhile drag-racing has a confusing synonym in NZ. How else to explain the comical double-take of sign outside a retirement village in Belfast (alias north Christchurch): No Cruising Zone?

Ambiguity seems a hallmark, as if Kiwi-speak is keen to preserve its Long White Cloudiness. Afghans are biscuits, for instance, rather than Kabul residents, or silken-haired dogs. Trumpets are Cornettos. Countdown is Woollies. Returning to that mountain road, among the cattle grids and shouty signs, we were cautioned by a roadworker about the upcoming diggers.

Wait a minute. Did he mean human shovel-operators? A straggle of ANZACs? Or machinery? (C, in this case). Likewise walkers – sorry, trampers – have to decode National Park websites explaining how the Franz Josef Glacier (Ka Roimata o Hine Hukatere) is 3kms/2hrs from the township, wondering if that’s return or only outward? (A, in this case, though that’s liable to change, the more the ice thaws.)

By holiday’s end, I was smitten of course. Much like the wee hair salon in Purau, on the Banks Peninsula, with its very own wall of postboxes, New Zealand-ish is a language of charm and versatility. Our flags look the same, but aren’t. Despite their guise, our notes and coins aren’t interchangeable. The Kiwi brand of English pulls a matching sleight-of-hand, where woman can mean women singular or plural, dairy is a milkbar, and sweet denotes yes or good. Bach in Blenheim is no German composer but a beach house pronounced batch, and the effect is beguiling. Disarming.

Though occasionally, just like those Danes adrift in the quake room, you’ll end up flummoxed. How can I speak English, you wonder, yet not this English? Is this a dialect or a practical joke? Or maybe my dictionary is seriously munted.