While Duchess Kate observed the European Championships from the stands in a white T-shirt, a red blazer and black pants, her husband, 39, and her eldest son matched in navy suits and colorful striped ties. 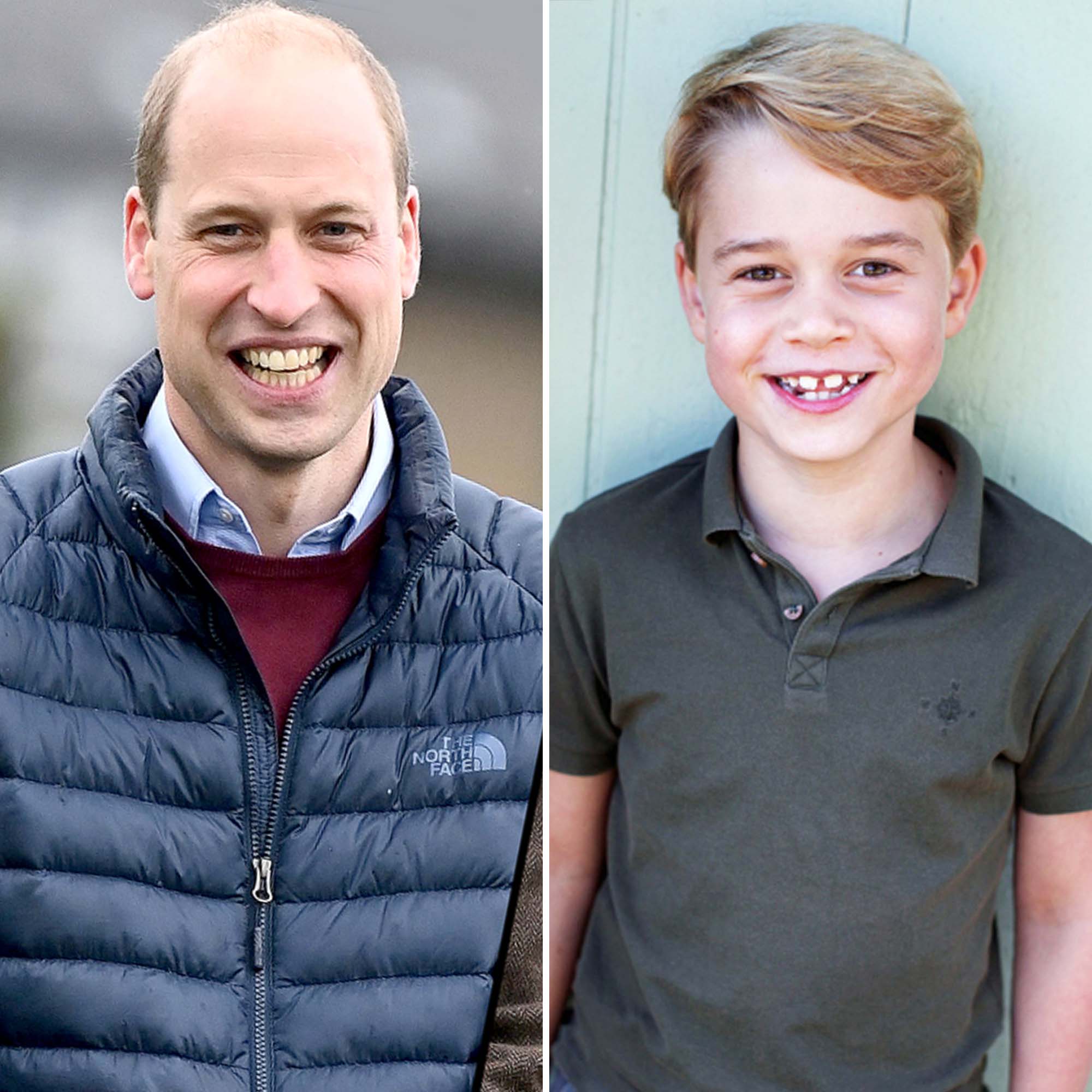 Before the game, the Duke and Duchess of Cambridge, also 39, and George were spotted greeting David Beckham, as well as singing the national anthem with the rest of the crowd.

In October 2019, William and George made headlines while watching Norwich City play Aston Villa in Norwich, England. The little one’s facial expressions matched his dad’s during the game, from serious looks to cheers. The future king wore a red polo at the time, and his dad sported a blue sweater. 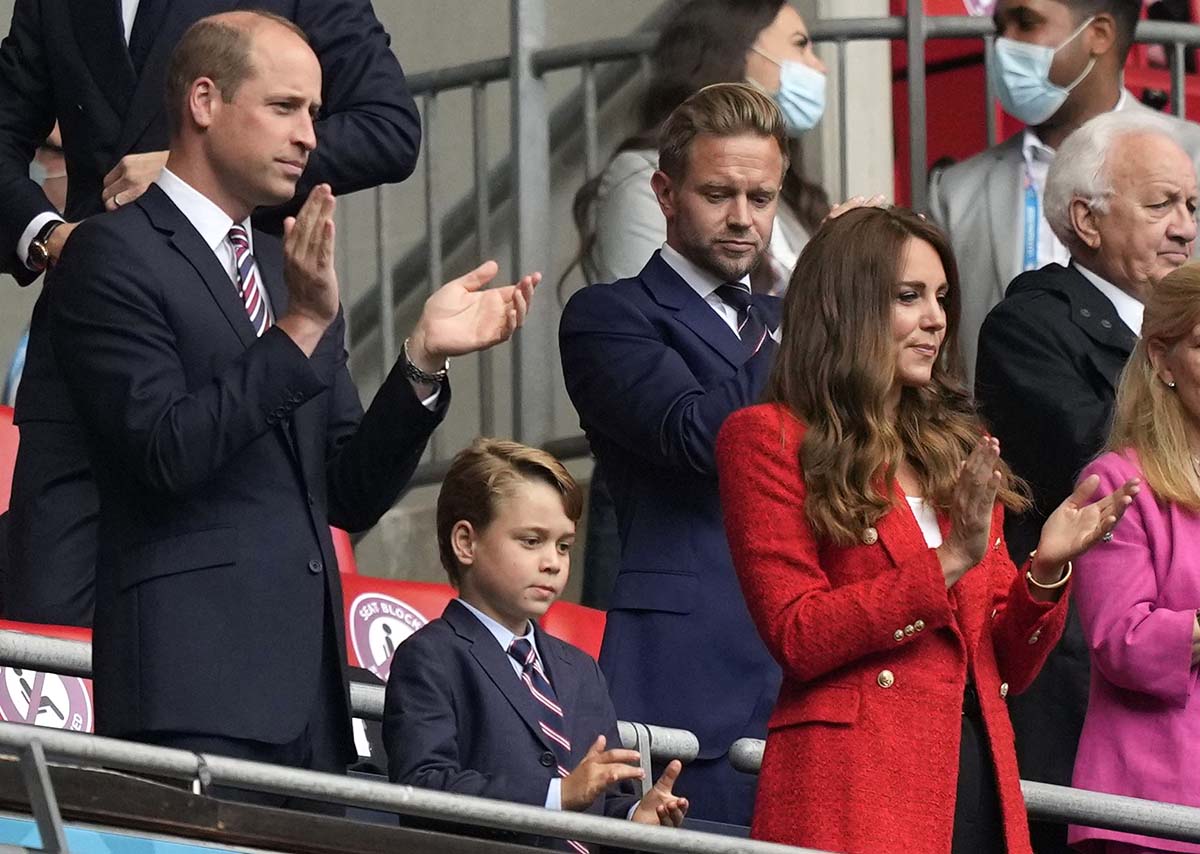 George could “definitely” be a soccer star, William told Peter Crouch during a July 2020 podcast episode.

“I reckon he could be [Aston Villa’s] all-time leading goal scorer,” the duke, who is also the father of Princess Charlotte, 6, and Prince Louis, 3, said during the “That Peter Crouch Podcast” appearance. “I can see no reason why not. It would be brilliant.”

William and the duchess are “trying not to persuade” George to like that team in particular, he added at the time. “I’m letting him choose his own way. It’s about finding what fits for him. … I do like the values and the ethos of the club. I want them to look after the players and set a good example to the young fans. I want our children, when they go to the match, to come away loving what they’ve seen, enjoying it and seeing their role models behave in a way that we’d all want them to.”

As for Kate, her skills are not up to snuff, George likes to remind her. “I should have picked up some tips from George,” she joked with children while doing dribbling drills in February 2019. “[He says], ‘Mummy, you’re so rubbish.’”

The little one is “very cheeky” — just like his younger sister! “They’re about as cheeky as each other,” William said during his January documentary, Prince William: A Planet for Us All.

The siblings are “little people now rather than kids,” a source exclusively told Us Weekly in December 2020. “William and Kate have loved watching Prince George and Princess Charlotte grow and develop over the last year. They have both grown up so much.”