On Mother’s Day, Orange Is the New Black and The Handmaid’s Tale star Samira Wiley and her wife, OITNB writer-producer Lauren Morelli, announced the birth of their daughter, and we are in love with her name. The couple surprised fans when they posted a sweet Instagram snap of the newborn grasping her parents’ fingers and shared not only her birthday — April 11 — but also her name. 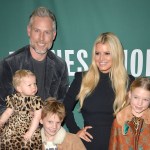 “Happy 1st Mother’s Day to my beautiful wife, who four weeks ago today after laboring for almost 3 days gave birth to our first child — our gorgeous daughter, George,” wrote Wiley in the photo caption. “Welcome to the world, babygirl. We love you and we thank you for giving us the best 1st Mother’s Day two ladies could ask for. George Elizabeth 4.11.2021.”

What a great name! We absolutely love it when parents go against the grain and break all gendered naming rules!

The name George is of Greek origin and originally meant farmer or tiller of the soil. St. George, who, according to legend, slew a fire-breathing dragon, is the patron saint of England. And of course, there have been a ton of famous Georges throughout history — George Lucas, Prince George of Cambridge, and George Washington just to name a few.

Elizabeth has both Hebrew and Greek roots. In Hebrew it means “oath of God,” “God is satisfaction,” “God is bountiful,” or “God of plenty” and the first known Elizabeth was mentioned in the Bible.

Wiley and Morelli aren’t the only famous parents to break with gender norms when it comes to baby names. Jessica Simpson’s daughter Maxwell, Kristen Bell and Dax Shepard’s daughter Lincoln, and James, the daughter of Ryan Reynolds and Blake Lively all have what are traditionally considered “boy” names.