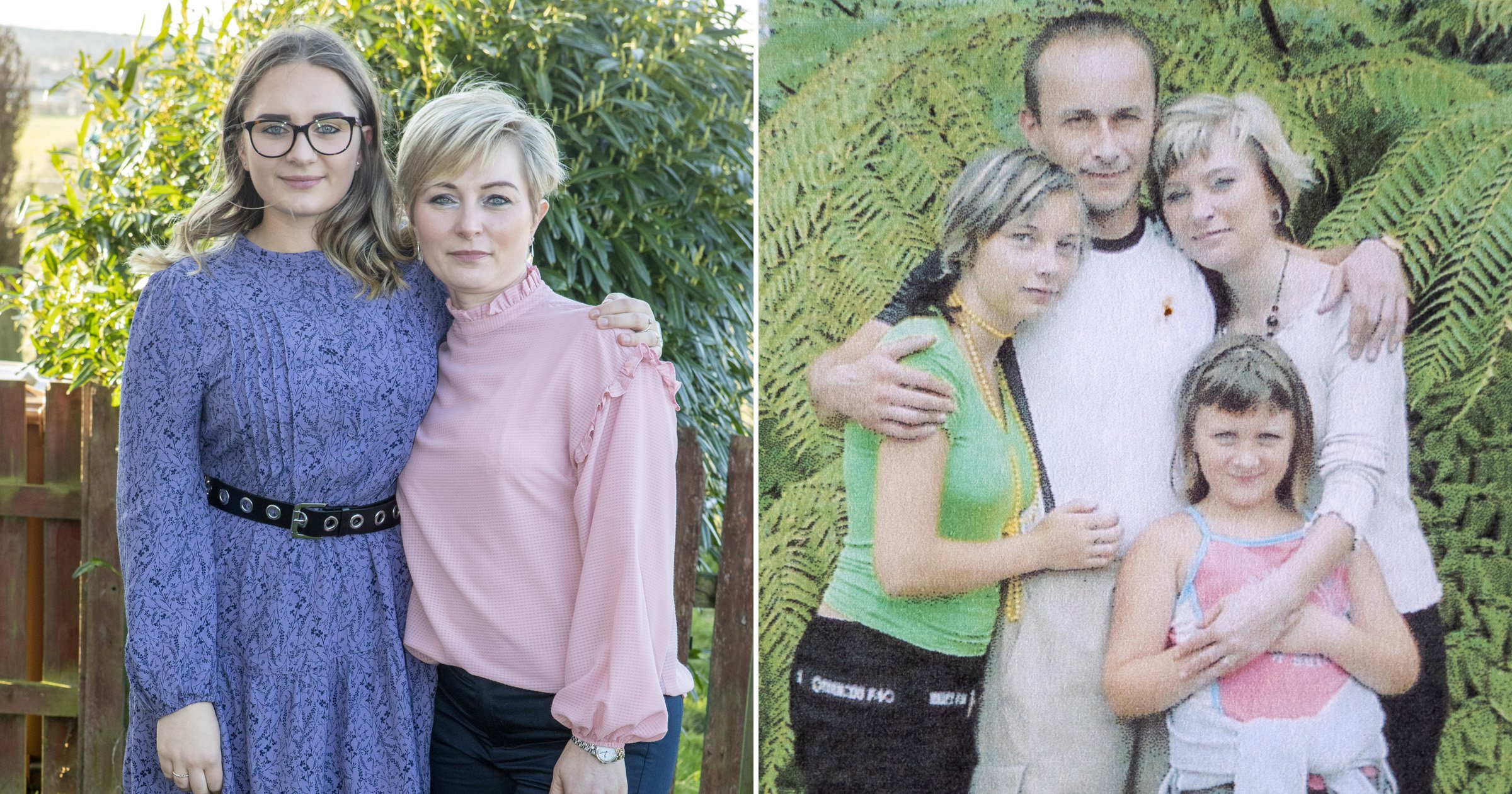 A 23-year-old lost all of her childhood memories after surgery to remove a brain tumour.

When she woke up after the operation, Weronika Fafinska, from Edinburgh, didn’t recognise the family around her bedside, including parents Robert and Kate Bomba.

And now, as she continues to battle against the tumour, she’s raising money for Brain Tumour Research.

Weronika said: ‘I’m having to think about things that normal 23-year-olds shouldn’t, such as is there any point in getting married, can I have kids and, if so, what will happen if I don’t win against my tumour?

Weronika’s journey started in 2012, when she lost hearing in her right ear.

An MRI scan revealed she had a grade 2 diffuse astrocytoma brain tumour which means it spreads throughout the brain – and is likely to come back after treatment.

Most of the tumour was removed during surgery in February 2014 – but when she came round she couldn’t recognise her parents who were sitting at her bedside.

The tumour had wiped so many of Weronika’s memories, that so much felt entirely new to her.

Weronika, from Edinburgh, said:  ‘In the car going home, I was sick three times because, in my mind, I had never been in a car before.

‘I was so scared because I didn’t know where I was going.

Things she learnt as a child, like how an oven gets hot, or what a football was, were now alien to her. But she was able to pick some things up, like her maths timetables, right away.

School was tough. ‘When I returned to school, there were hundreds of people and I didn’t know anyone, not even my closest friends,’ she said.

Weronika’s tumour remained stable for seven years, until March 2021.  A scan revealed it had grown – but not enough for it to be operated on again.

Weronika said: ‘The uncertainty of how it’s growing and if the treatment will work has really got to me this year.’

Weronika is taking on Brain Tumour Research’s 100 Squats or Star Jumps a Day in November Challenge, to raise more money and awareness.

She said: ‘I’m really looking forward to the challenge but I haven’t been physically active for some time so I am nervous to see how I will cope with it.’

She’s going to do a combination of squats and star jumps, to help her body adjust.

This is Weronika’s second challenge for the charity, back in February 2022, she raised money by taking 10,000 steps a day. The November challenge is a welcome distraction

She said: ‘I’m struggling right now to keep myself occupied, so I decided to take part in this to have a distraction and try to boost my mental health by raising awareness around brain tumours.

‘Brain Tumour Research gives me hope that people are trying to find a cure and that will hopefully help save lives.’

He said: ‘It’s only with the support of people like her that we’re able to progress our research into brain tumours and improve the outcome for patients like Weronika who are forced to fight this awful disease.

‘I would encourage anyone who is able to take part in the challenge to do so.

‘Not only is it fun, but it gets you fit whilst raising vital funds to help find a cure for brain tumours.’

Get in touch by emailing MetroLifesty[email protected]