Male pattern baldness is identified by thinning hair at the sides and the top of the head. LloydsPharmacy details what exactly is going on there, and the hard pill you need to swallow.

The reason behind a receding hairline is due to hormonal factors – the hair follicles on the head convert testosterone into dihydrotestosterone (DHT).

Traumatised hair follicles don’t grow hair like they used to and, eventually, they stop growing hair at all.

This is because DHT is made from testosterone, which is controlled by the hypothalamus and the pituitary gland.

DHT is also responsible for prostate enlargement, and it originally was the hormone that helped to onset of puberty in young boys.

There is still so much to learn about DHT, and why the hormone that encouraged hair growth at one stage of life then proceeds to be the culprit behind hair loss. 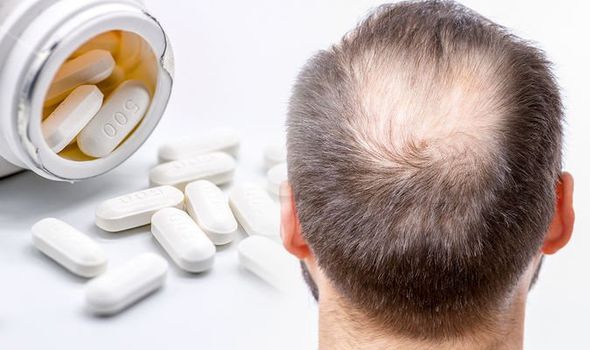 Now here’s the hard pill to swallow: “There isn’t a cure for hair loss,” states LloydsPharmacy.

However, aside from a hair transplant, there is an option available that can “slow loss and stimulate regrowth”.

This type of pill – recommended by LlyodsPharmacy – works by blocking DHT from attacking the hair follicles.

The daily treatment will take between three to six months of constant use before you see the effects.

DON’T MISS
Hair loss treatment: An oil which reduces inflammation and promotes hair growth [TIPS]
Type 2 diabetes symptoms: The warning sign that can be found in a person’s hair [INSIGHT]
High cholesterol: Warning sign of the dangerous condition found in your hands [INSIGHT]

Taking medication will be a life-long treatment because as soon as you stop, the hair loss will resume.

So what’s the magical pill? It’s called Finasteride – only suitable for men. 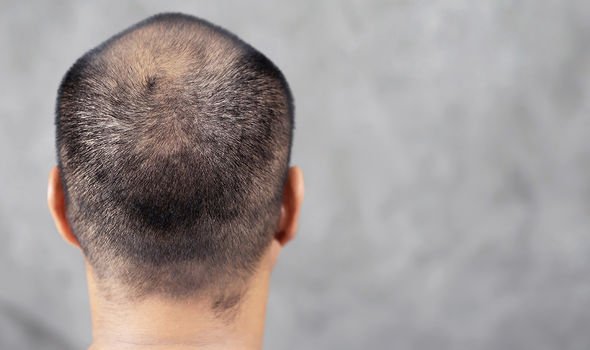 Depending on the pack size you order, the price will vary from £39 (for four weeks treatment) to £139 (for 24 weeks worth of treatment).

LloydsPharmacy recommends starting treatment “as soon as you notice your hair fall”.

This is because it’s “easier to prevent hair being lost than to regrow it”.

They state that “almost two thirds of men who use [Finasteride] benefit from renewed hair growth, while hair loss is halted in most other men”. 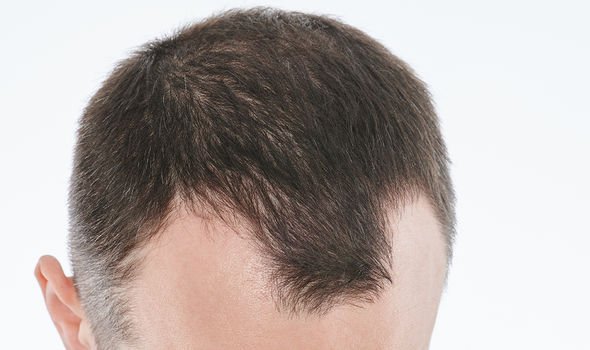 Finasteride is most effective in men with mild to moderate hair loss on top of their head.

There is little evidence it can help to reverse a receding hairline – the classic “M” shape.

As with all medication, a healthcare professional will need to prescribe the treatment to you.

This is to ensure it doesn’t interact with any other medication you may be taking.