Bradley Walsh has hosted The Chase for more than 10 years, as the ITV show has continued its rise in popularity. The presenter has previously spoken about his long-term battle with blepharitis.

Walsh became presenter of The Chase in 2009, as well its celebrity counter-part.

This year, the show launched a five-part spin-off, known as Beat The Chasers.

The quiz show is set in a different UK city each episode, as contestants aim to outsmart the famed Chasers all at once.

Despite his witty TV presenting style, Walsh has previously spoken out on his medical condition. 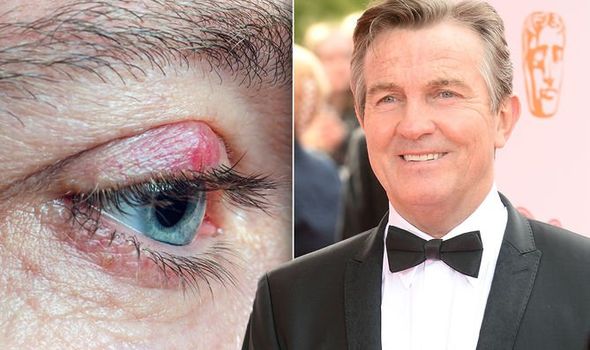 He was diagnosed with the eye condition blepharitis, he explained in 2017.

“So many times, people have commented on [how I look],” Walsh revealed on Loose Women, back in 2017.

“I have to take [one pill] a day for it or I really struggle.

“People don’t realise I have seriously bad blepharitis,” he confirmed.

Blepharitis is a condition that affects the eyelids, and it’s not usually a serious problem.

The condition causes the eyelids to become itchy, swollen and very red.

It could also lead to a gritty feeling in the eyes, or a build-up of flakes around the eyelashes.

Some patients find that they wake up in the morning with their eyelids stuck together. 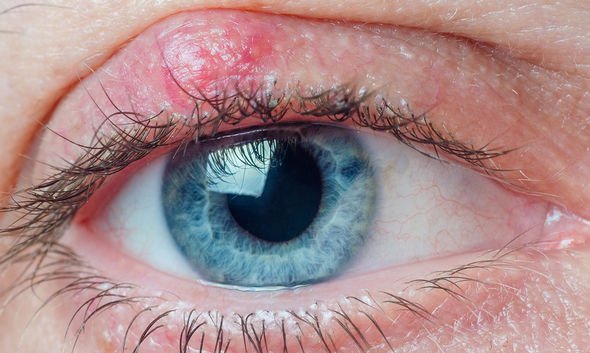 “It can normally be treated by washing your eyelids every day.

“The condition is not usually serious, but can lead to other problems, such as dry eyes, cysts and conjunctivitis, especially if it’s not treated.

“Blepharitis can be caused by a type of bacteria that lives on the skin, or a skin condition, such as atopic dermatitis.”

Speak to a doctor if you’re worried that you may have blepharitis, or if your symptoms don’t improve after a few weeks.

You might be able to treat the condition at home by regularly washing your eyelids.

The best way to clean your eyes is to soak a flannel in warm water, before gently massage the eyelids for around 30 seconds.

A pharmacist may be able to help relieve your symptoms by suggesting some over-the-counter medication.