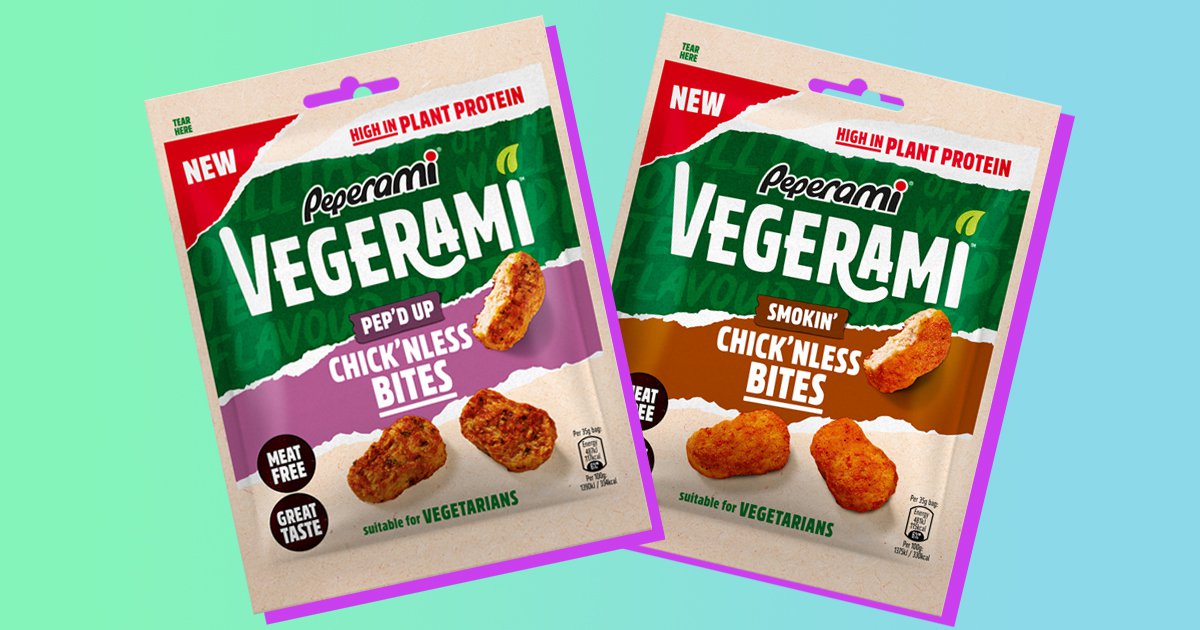 Vegetarians, have you ever deeply craved the meaty flavour of a Peperami?

Yeah, us neither. Our main meat cravings tend to be hot dogs or ribs.

But just in case a veggie version of their product is what the people have been waiting for, Peperami has launched Vegerami – a vegetarian take on their usual meaty snacks.

Available in Tesco from June, Vegerami Chick’nless Bites come in two flavours, Pep’d Up and Smokin’.

They’re designed to taste, look, and feel like chicken, and are made with pea protein.

Peperami recommends eating them as an on-the-go snack or incorporating the bites into salads and wraps.

Smokin’, as the name suggests, has more of a smoky flavour, while Pep’d Up has a spicy glaze.

Now for the bad news – for vegans, anyway. The bites aren’t entirely plant-based, as they contain eggs.

The range is thus aimed at vegetarians and flexitarians rather than our vegan pals.

Interestingly, this launch comes after the Peperami brand has spent quite some time making fun of veggies.

Back in January, they drove around wafting meaty smells at passersby, while displaying a poster that read: ‘Only one day of Veganuary to go!’ and ‘No one says vegans can’t enjoy the smell of meat’.

And in April, the brand used the concept of vegan Peperami as an April Fool’s Day joke.

We’ll have to wait and see if they ever go full vegan, or launch veggie versions of their classic sticks, but in the meantime, you’ll be able to find the new bites in the meat-free section of Tesco.