A MUM has hit out at her son’s school after claiming she was lunchbox shamed for giving him gherkins – as they ‘aren't vegetables’.

The mum revealed she was sent a letter from her son’s pre-school teachers, claiming she hadn’t given him any fruit or vegetables that day. 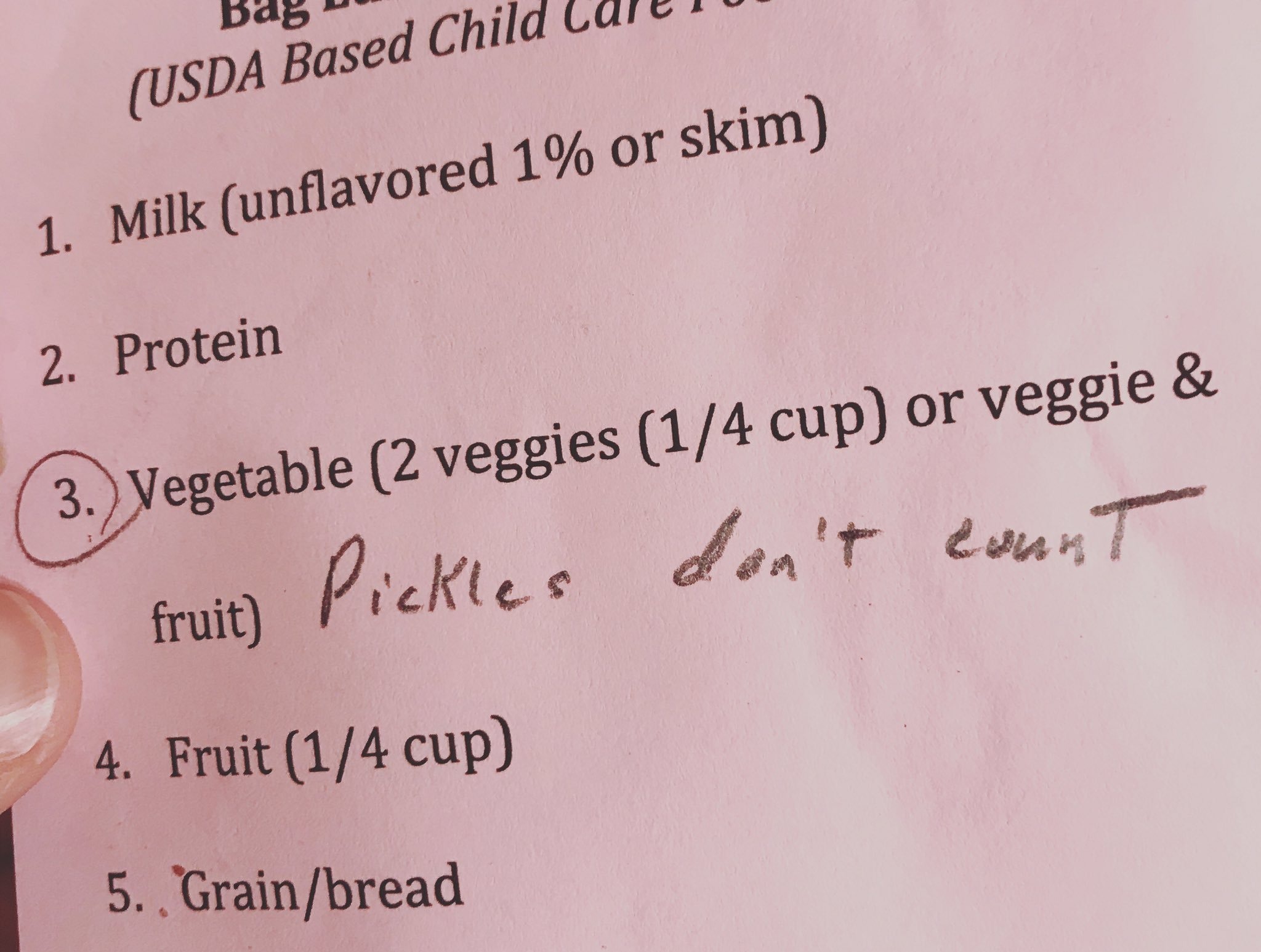 But she was fuming as she’d packed him some gherkins, but was told‘pickles don’t count’.

The mum was even angrier as she claims the school was fine with regular cucumbers as a healthy snack, despite both these and pickles technically classed as fruit.

The angry mum shared a snap of the note she received from the school, where they claimed veggies were “missing from your child’s lunch today”.

Sharing a snap of the note she was sent on Twitter, she wrote:"Today’s All-American Lunch Box Saga has a major debate.

This is what our lives as parents has become

“That requires a poll of the masses.

“Is a pickle a vegetable? Does it ‘count’?

"Guess what. His cut up cucumbers do.”

The guidelines from the school state: “Please note, a lunch must include ¼ c each of two different veggies or a ¼ c each fruit and veggie.”

Parents have been told to pack milk, protein, fruit, vegetables and bread for their child’s lunch, and are sent reminders if they leave anything out. 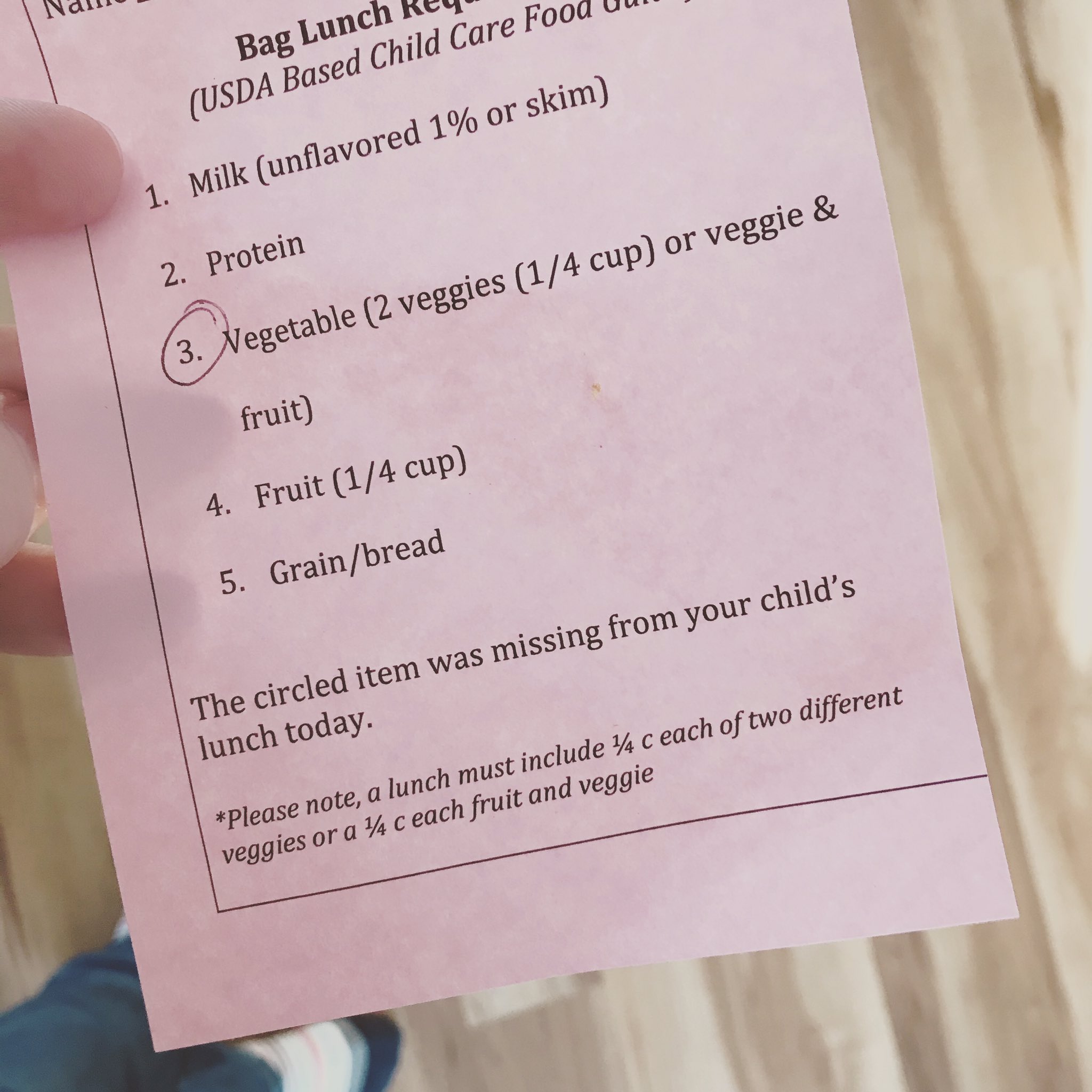 Despite packing her son's lunchbox "with love", it's not the first time the mum was shamed over her choices.

She fumed: "This is what our lives as #parents has become.

“Making sure the prescriptive boxes are checked for some government oversight committee.

“I work hard and put love in his daily sack #lunch.

Fellow parents have sympathised with her annoyance, with one person saying: “OMG! That is crazy.”

Another commented: “You know whoever wrote that eats cold hot dogs dipped in cheese whiz for lunch.”

While a third wrote: “That’s overstepping for sure. I would start choosing one thing to leave out every day to cause more unnecessary work for them.”

Meanwhile this mum was ‘lunchbox shamed’ by other mums for feeding her kids too much.

We shared how teachers revealed the worst school packed lunches… with some containing lager shandy, Red Bull and a McDonald’s Happy Meal.