BOOTS has apologised after being slammed for an "inappropriate" sponsored advert urging Facebook users to treat their mums to SEX TOYS for Mother's Day.

The Boots ad featured four colourful vibrators of various shapes and sizes below the slogan "for every kind of mum". 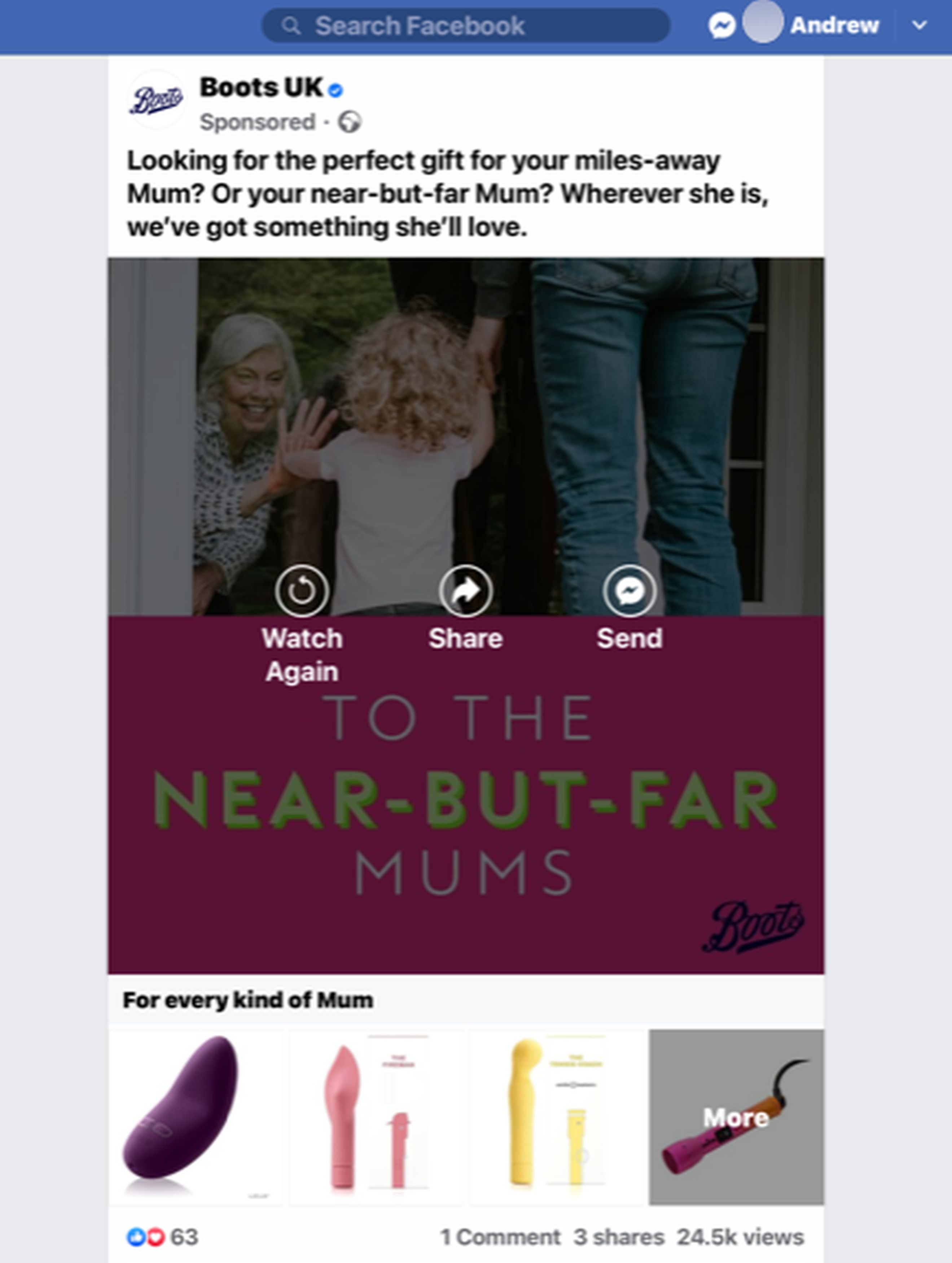 The advert's full caption read "looking for the perfect gift for your miles-away Mum? Or your near-but-far Mum? Wherever she is, we've got something she'll love".

Underneath it, an image appeared to show a toddler holding hands with her parent and looking longingly through a glass door at her grandmother – with a line-up of 'really weird' looking sex aids underneath.

A complaint was made by 53-year-old Andrew Whiting, who claims that he found the campaign "extremely inappropriate" and he did a "double take" when he saw it.

However, he couldn't help but laugh at the racy marketing fail. 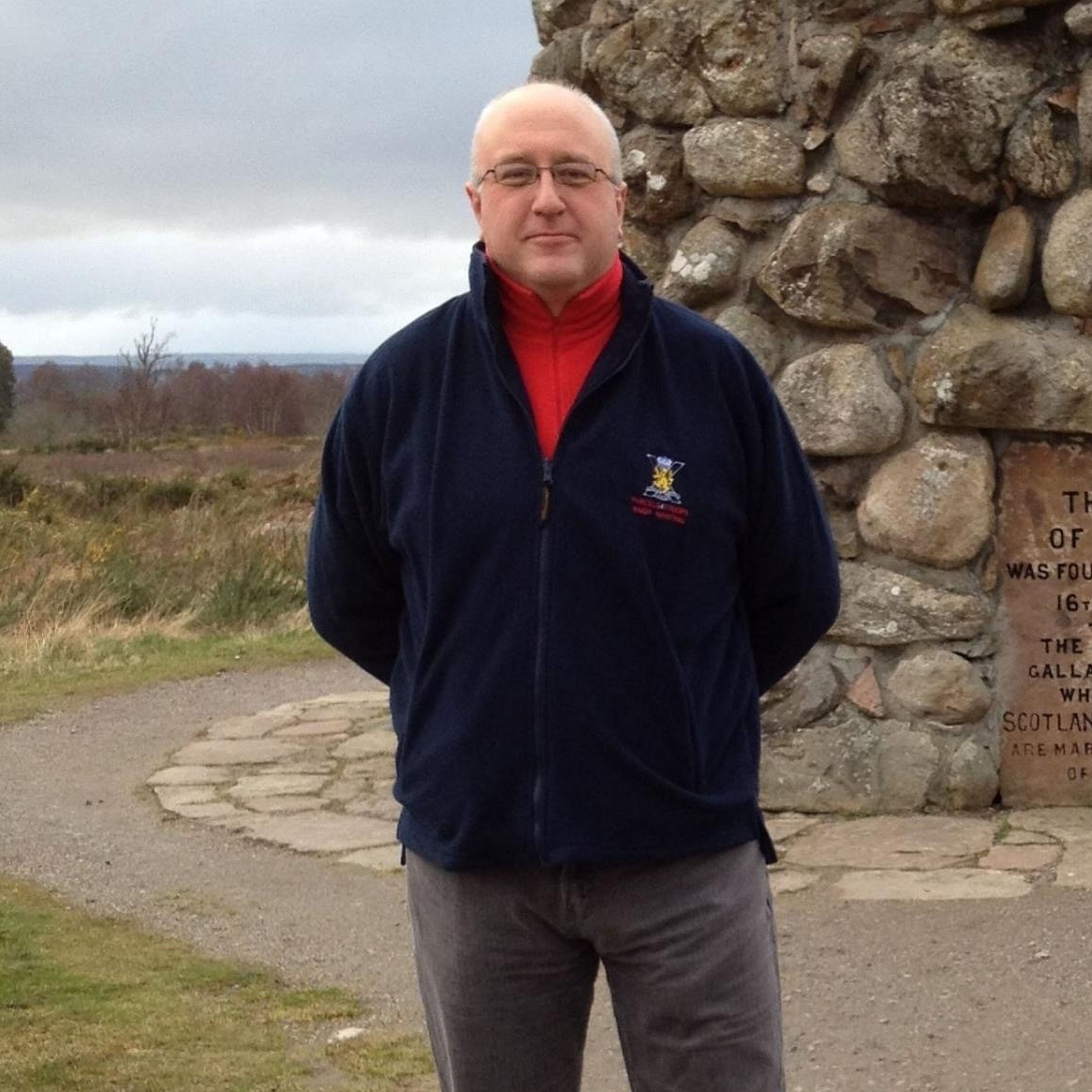 Boots apologised for any 'offence caused' and explained that a 'technical error' meant two separate adverts were combined into one, while Facebook admitted they had made a 'mistake' by not spotting the ad.

Andrew, from Fife, Scotland, whose own mum died for 20 years ago, said: "Maybe some mothers are in for a shock on Mother's Day.

"I spotted it on my Facebook [news feed]. I just did a double take.

"I couldn't believe what I saw at the bottom of the advertisement.

"When I first saw it, I laughed. It seemed quite funny.

"But then I saw the little girl who was in the picture and I thought 'that's a little inappropriate', especially when this advertisement is going out to [users] on Facebook in the UK.

"I'm pretty broadminded and I do like a laugh. I think it's really funny actually, but inappropriate if it comes up on someone's timeline who could be upset by it." 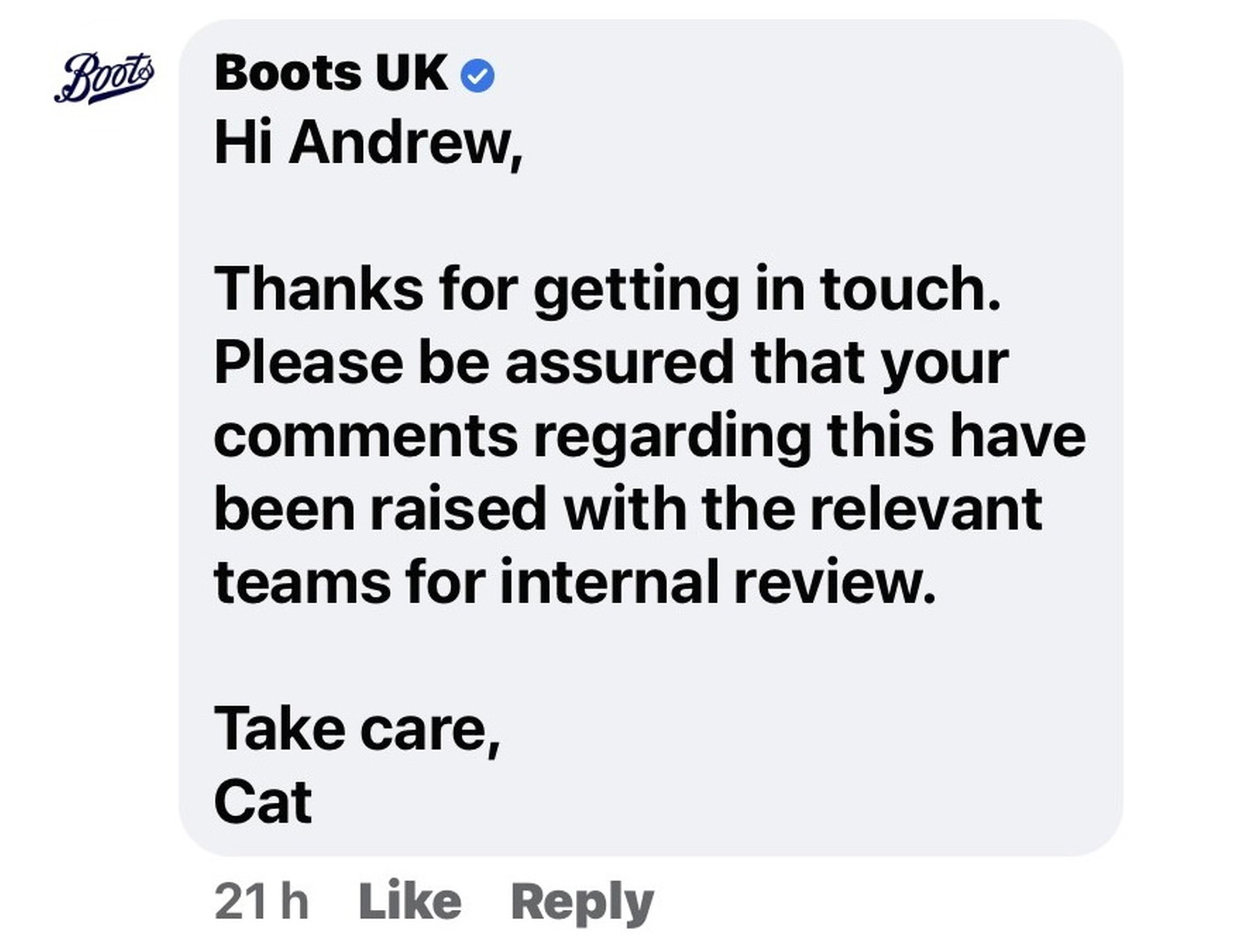 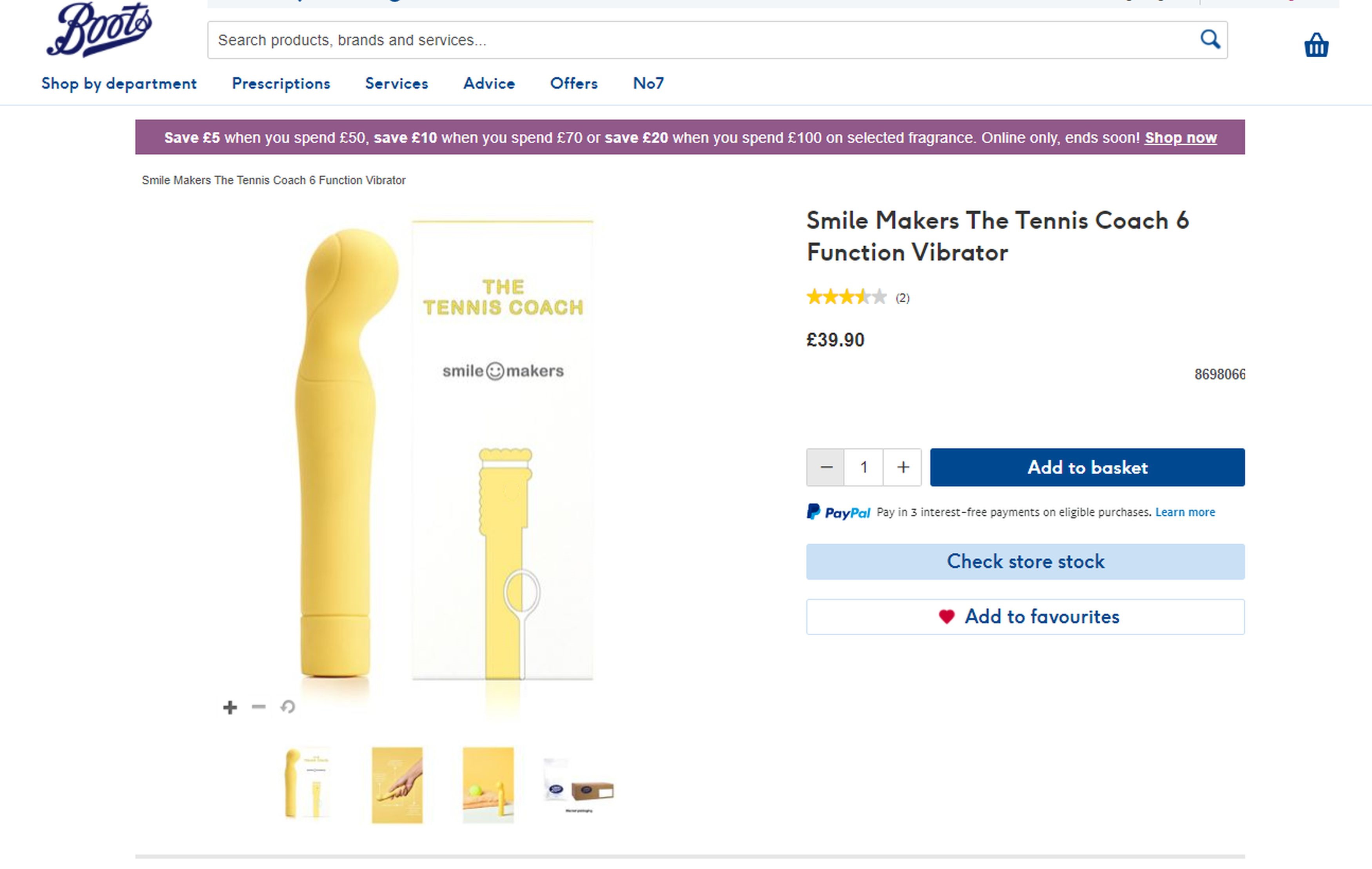 The retired prison officer worried curious teens might be driven to ask their parents what the colourful products were.

Andrew said: "My sister made a comment to say it was disgusting.

"There could be young kids who are now going to their mums saying 'mummy, what's this?'

"I can imagine a young child going to their dad saying 'can we get one of these for mum' and not knowing what it is." 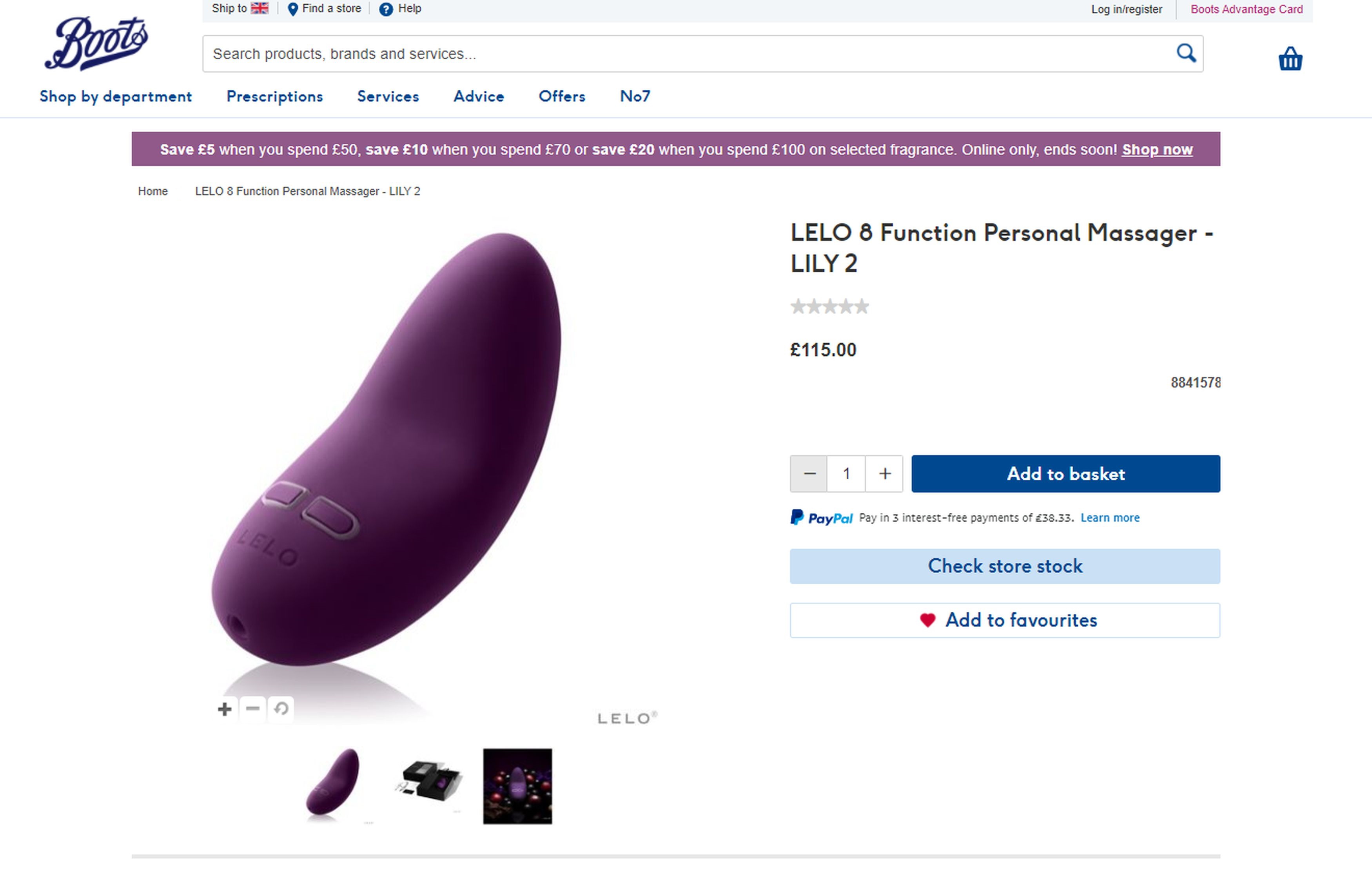 A Boots spokesperson said: “We are really sorry for any offence caused by this advert.

"This mistakenly appeared after a technical error combined two separate adverts into one. It was a targeted advert that was only seen by a small number of customers and it was removed as soon as we realised the error.

"We have put measures in place to ensure mistakes like this do not happen again, and we apologise for any inconvenience caused.”

A Facebook spokesperson said: “We do not allow adverts that promote the sale or use of adult products. We review millions of ads and posts each week, and unfortunately we occasionally make mistakes as has happened here.”

And these are the 20 outrageously sexist ads you won’t believe existed in Britain this decade.