AceShowbiz –
Congratulations are in order for Owen Wilson. The 49-year-old actor and Varunie Vongsvirates have welcomed a daughter, according to Us Weekly. Details about the newborn baby girl are not available, as Owen and Varunie have not spoken up about the baby’s arrival.

The little girl is the third child for the “Wonder” star, who is already parent to two sons from his previous relationships. He and his then-girlfriend Jade Duell had a son, Robert Ford Wilson, in January 2011 before their relationship ended later that year. He also shares a son, Finn Lindqvist Wilson, who was born in January 2014, with Caroline Lindqvist. 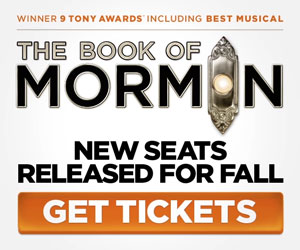 Varunie announced her pregnancy in June by sharing on Instagram an ultrasound photo of the unborn baby. Revealing the baby’s name and gender, she captioned it, “Say hello to Lyla. 3 months to go!”

In December last year, Varunie attended the premiere of Owen’s comedy film “Father Figures” with the actor. Posting on Instagram in August, their photo with a group of friends at the event, Varunie confirmed that Wilson is the father of her baby. When an Instagram user asked her about the baby’s paternity, she simply responded, “Yes” with a kiss emoji.

Owen reportedly took a paternity test to verify that he’s fathering the love child. A source told Us Weekly in June, “Owen has been a great father to his two boys and has maintained a warm and close relationship with their mothers. Of course if a paternity test establishes that he is the father of another child, he will fulfill all of his obligations to support his child.” The paternity test later confirmed that he is indeed the father.

The status of Owen’s relationship with Varunie is unknown. According to her LinkedIn profile, she is a yoga enthusiast who works as a business development rep for American Addiction Centers in Los Angeles.