CHRISTOPHER STEVENS reviews last night’s TV: Margolyes’s shocking revelation just made her even harder to like

Imagine… Miriam Margolyes: Up For Grabs

Miriam Margolyes is an actress of extraordinary talents — a brilliant mimic, a magical voiceover artist, a fine reader and a rambunctious scene-stealer.

It’s not merely that she is coarse and vulgar. She sets out to shock, with complete disregard for other people’s feelings, and then takes umbrage when they are offended.

Worse than that, she flaunts the very worst of herself and expects to be forgiven, simply because she has made a full confession. 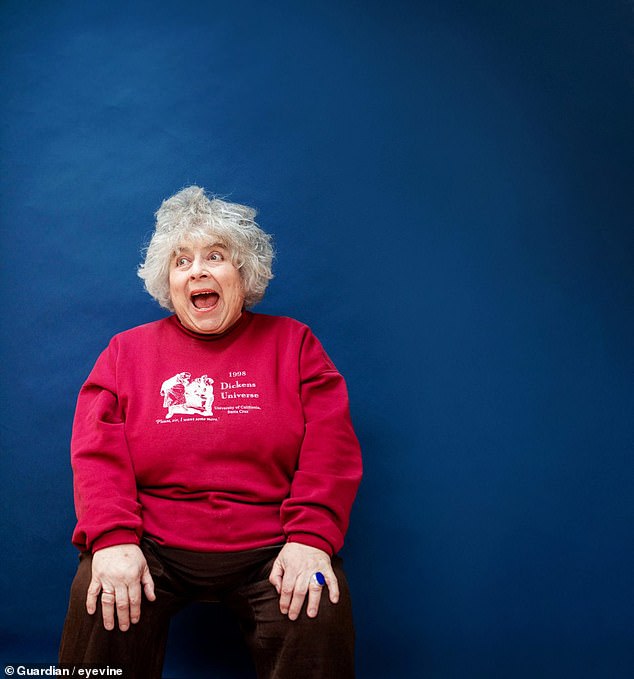 BBC 1’s Miriam Margolyes: Up For Grabs features the 80-year-old actress in a confession-oriented profile episode

Distinguished thesps popped up on Miriam Margolyes: Up For Grabs (BBC1) to regale us with anecdotes of Miriam’s scabrous behaviour on set.

Charles Dance and Tony Robinson both seemed bemused, as though they knew the filthy stories were supposed to be funny but they struggled to see the joke.

At the end of this hour-long profile for the Imagine series, interviewer Alan Yentob asked if there were any dark secrets she had failed to include in her autobiography.

Miriam had an answer ready. She had, she declared, hit her mother Ruth following a stroke that left the older woman paralysed.

‘I am deeply ashamed of it,’ the 80-year-old actress said through tears. ‘The thing that really gets to me is that my mother forgave me.’

This happened half a century ago: Ruth died in 1974. But the admission was particularly appalling, because so much of the documentary focused on the close relationship that Miriam, an only child, insisted she had with the parents she still calls ‘Mummy’ and ‘Daddy’.

She recalled how mortified they were when she came out to them as a lesbian in the 1960s, and how they made her swear to stop sleeping with women (she broke her promise).

And she asserted proudly that she cared for her father Joseph at her London home, as he declined with dementia during his last ten years.

Her announcement, made without any explanation or mitigation, that she hit her disabled mother left me wondering if I could trust the emotional truth of anything she had said at all.

Her tears appeared to be self-pity, not regret. What grieved her was the forgiveness, as if it robbed her of some moral high ground.

We’ll never know, though, because Alan didn’t ask. He has been presenting these arty biographies for years, but his interview style has not advanced beyond a list of prepared questions. He doesn’t probe, he just offers prompts. 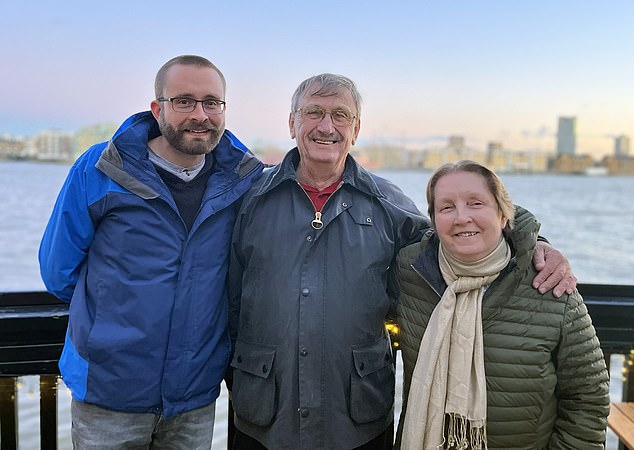 Davina McCall and Nicky Campbell traced two families torn apart by the post-war Child Migrant schemes, which took children from care homes and sent them to the far side of the world, in ITV’s Long Lost Family Special: Shipped To Australia

When Miriam declared she’d hit her crippled mother, Alan looked embarrassed and then offered to cook some chicken livers — a dish that reminded Miriam of her childhood.

It was as though he felt the best way to get over domestic violence was to have a nice hot dinner and forget all about the nastiness.

Davina McCall and Nicky Campbell traced two families torn apart by the post-war Child Migrant schemes, which took children from care homes and sent them to the far side of the world. They grew up brutalised in residential schools.

This one-off episode was weaker than most in the series, because the reunions — though moving — were low-key.

Two brothers had already found each other, decades ago. And a man who never knew his parents or his half-siblings met a niece for the first time — but the rest of his family were no longer alive.

Davina and Nicky worked separately, as usual. Perhaps the next Long Lost special could bring them together for the first time.