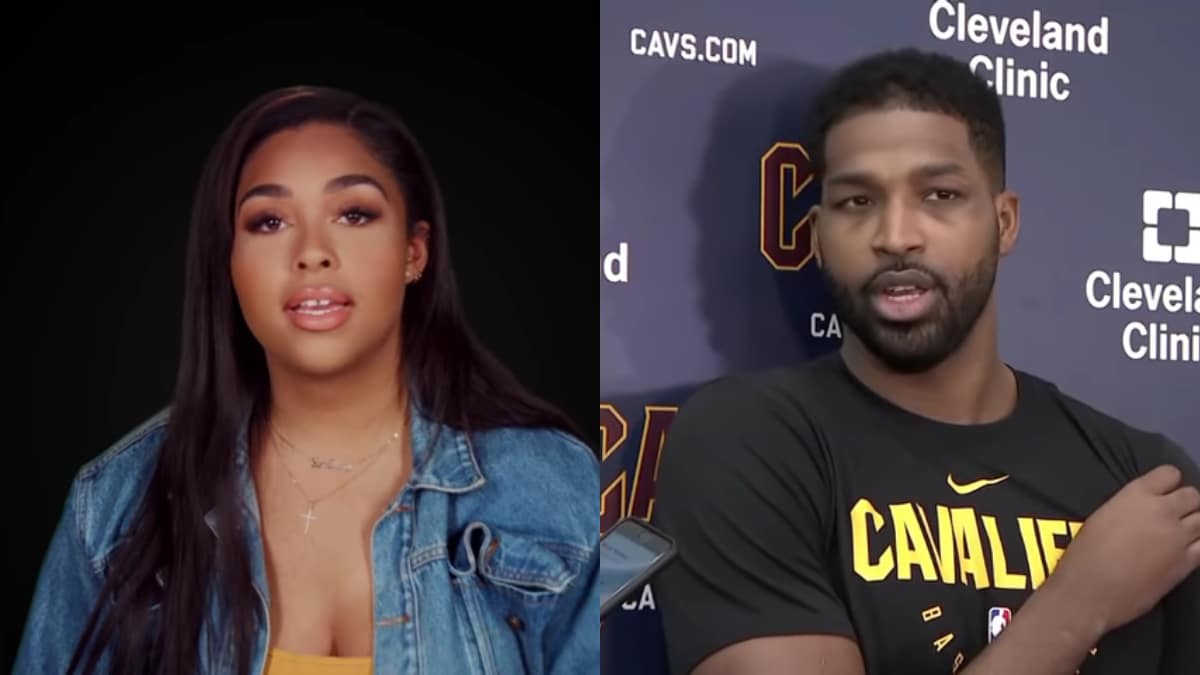 Things aren’t looking too good right now for Jordyn Woods and Tristan Thompson as far as their relationships with the Kardashian family after accusations that they hooked up on Sunday night.

According to multiple reports, Kylie’s best friend and Khloe’s boyfriend were seen making out and possibly more and many are hoping that it was caught on video.

Unfortunately, it looks like Kardashian super sleuths are not going to see a Jordyn Woods and Tristan Thompson video and there’s a good reason for it.

Jason Lee from Hollywood Unlocked already confirmed that Jordyn and Tristan did hook up. In a video on Tuesday, he explained that there was an eyewitness –one of his writers — at the house party at Tristan’s house who saw it all go down.

Lee also confirmed that there was likely no video of the alleged cheating because phones were confiscated midway through the party. He explains that everything was going good at Tristan’s party but before Jordyn Woods arrived, someone came through and took all the phones away.

“It is true. You know why? Because one of my writers was there,” Jason explained. “And Tristan, you took everybody’s phone but you let them stay. Jordyn came in, Y’all were smoking hookah, she was all up in your lap. You was all over her. You let the girl spend the night til 7 in the morning.”

So while it would make these cheating allegations much easier to prove if there was a Jordyn Woods and Tristan Thompson video to prove it all, what we do have is Jason Lee confirming the events and not much else.

Khloe Kardashian even commented on the Hollywood Unlocked story about Jordyn and Tristan, seemingly confirming it. Likewise, her friends Malika Haqq and Larsa Pippen also popped up in the comments.

If this latest Kardashian cheating scandal plays out like those in the past, what Keeping Up With The Kardashians fans can look forward to is coverage of Jordyn Woods and Tristan Thompson’s major mistake making it on film when the next season of the E! network series begins airing.