Megan Thee Stallion recently went public with Moneybagg Yo and already, cheating allegations are plaguing the hip hop artists’ new relationship. While Megan is inspiring everyone else to live out their best “Hot Girl Summer,” it could be time to throw away her whole boyfriend and live her best life if these allegations are true.

It all started on Twitter, according to Certified Pop. A woman is claiming that Moneybagg Yo tried to creep in her DMs and based on a few things she shared, it looks like they even hooked up. Then, she put Moneybagg Yo on blast and made sure to tag Megan Thee Stallion so that she’ll see it.

“Lol why Moneybagg Yo in my DMs,” Kala Kalico wrote on Twitter before suggesting that Megan Thee Stallion should pack her backs. In another tweet, she even claimed to have been with Moneybagg Yo before this and said this wasn’t the first time.

There were several other messages posted to Kala’s Instagram stories but the most damning just might be the video she took, which is supposed to be the inside of Moneybagg’s home.

Moneybagg Yo has responded to claims that he’s cheating on Megan Thee Stallion with another woman from Instagram. He says it’s not true.

Then he threw a bit more shade, claiming that Kali is just claiming he’s been creeping on Meg for clout.

According to Kala Kalico, Megan Thee Stallion responded too except that she sent a text message. Kala posted that in her Instagram stories too and didn’t even bother to block out the number it was sent from. 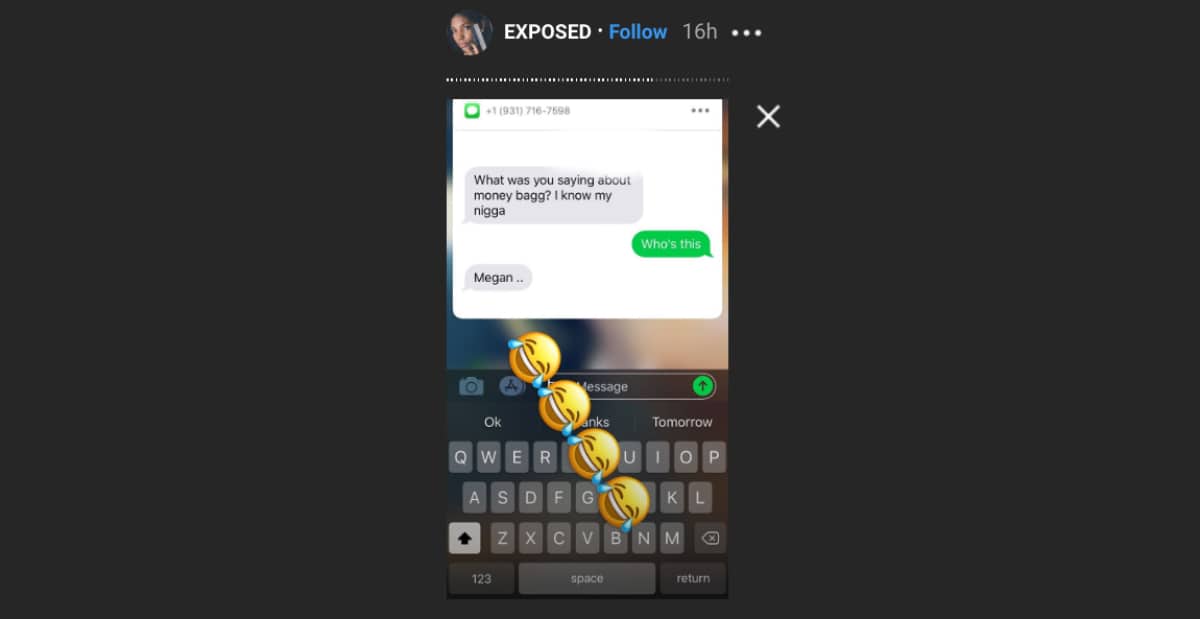 It’s still not clear what the truth is but what we do know is that Moneybagg Yo has been accused of cheating on Megan Thee Stallion and there seems to be quite a bit of evidence to support that.

Another thing we don’t know yet is what Meg might actually do about it. Is the Hot Girl Summer rapper about to be single again or will this all just blow over?