It’s hard to be a 28-year-old superstar in the reggaeton world and be allegedly going bald.

But for Puerto Rican superstar Farruko (Carlos Reyes Rosado), it’s apparently an ongoing issue as his latest performance had a blustery stage effect knock his hair back, exposing his bare noggin.

And the crowd noticed.

Farruko had this embarrassing hair situation while performing a song for an audience while on his USA tour. 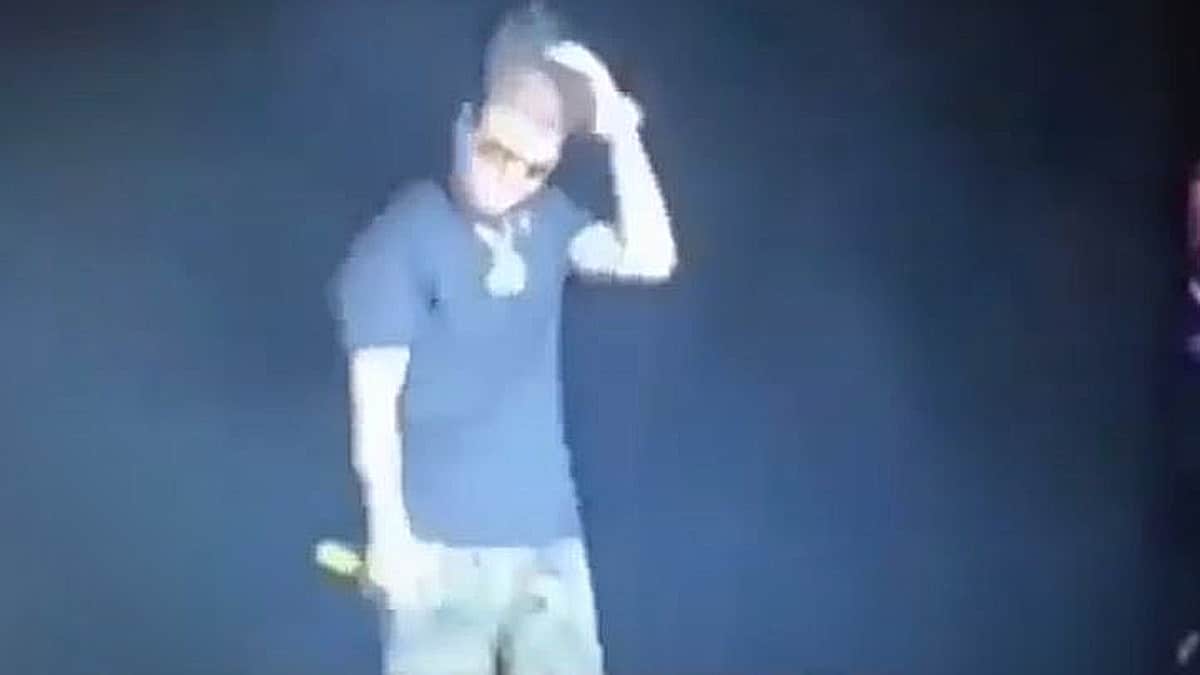 This roughly translates to “the Virgin Guadelupe blew a wind so strong his hair was knocked off.” We are paraphrasing, of course. At least he has a sense of humor about all of it.

In other Instagram videos, Farruko denies he is bald and he swears he has hair. In his official Instagram video, he paws through his mop and proudly shows how securely fastened to his head his hair is.

But that didn’t stop the internet from making jokes about Farruko’s apparent hair fail.

Even Farruko made light of the speculation that he’s losing all his hair.

His first single, Sexo Fuera del Planeta, broke big and gained him thousands of followers and then, Puerto Rican radio and music industry executives took note and propelled his career.

At age 18, Farruko’s debut album, El Talento del Bloque, was a monster hit. It was released by Siente Music and distributed by Universal, boasting artists like Arcangel and Julio Voltioon certain tracks.

Collaborations became key for Farruko, using Daddy Yankee and Yomo on a subsequent release. He got a Latin Grammy nomination for Feel the Rhythm.

Farruko then established his core base of fans in the entire North and South America swath – touring throughout Latin America and the United States.

Eventually, he won the Premios Juventud for the song 6 AM with J. Balvin and Latin Grammy Awards for Best Urban Performance and Best Urban Song in 2015.

Since then, he has charted hit albums and singles and his tracks are always featured high on Latin airplay charts.