Fore! Former NBA star Dwyane Wade, 39, seemed incredibly proud of his daughter Kaavia James Union Wade, 2, when he took her for her first ever golf lesson on Tuesday July 13. Dwyane shared a bunch of photos and videos of the toddler’s first time out on the green and posted them to his Instagram Stories. He shared videos of Kaavia, wearing a pink t-shirt, shorts and sneakers, swinging tiny golf clubs around, trying to get a feel for the sport.

While most of the clips were on Dwyane’s Instagram Stories, he also posted a few photos and a video to the Instagram that he and his wife Gabrielle Union, 48, run for their child. In the first photo, Kaavia looked stoic as she held a tiny driver, really taking up a true golfer’s stance. In video, she seemed really pleased with herself, after she hit her ball pretty hard with a tiny putter. Unfortunately, it looks like golf was a little too much for the youngster. In the last picture, she lied down on the ground and Dwyane stood over her with a hilarious look on his face, while waiting for her to get up. 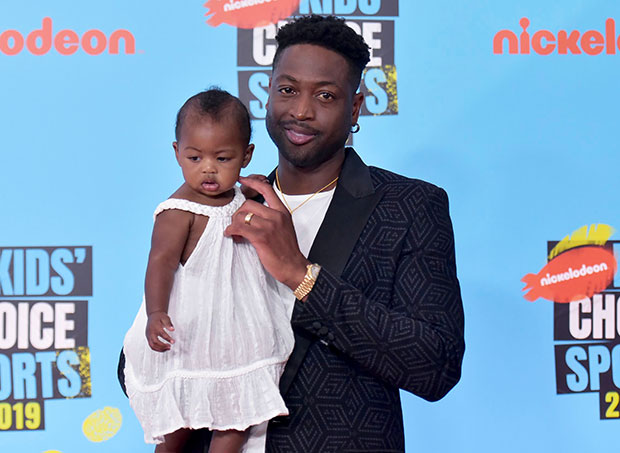 The first video in the series of videos was actually originally from Complex editor-in-chief Noah Callahan-Bever. Noah posted a video from early in the group lesson, joking that the “indoctrination” into loving golf started at an early age. Dwyane also quipped about how much dad’s do love golf. “If you wanna get dads out to support the kids, give them golf lessons,” he kidded. Besides sharing cute shots of the girls’ golf instructors teaching them some of the basics of the game, Dwyane also shared a few silly shots where it looked like Kaavia was not having the lesson at all, including one where she looked pouty and the one of her lying on the ground.

The daddy-daughter golf outing wasn’t the first adorable videos that Dwyane and Gabrielle have shared of their daughter. When Kaavia learned her ABC’s in February, Gabrielle posted an incredibly sweet video of the girl singing them for her mom.The couple posted a cute video of Kaavia splashing in a pool back in March 2021. They also put an adorable pair of bunny ears on the little girl to celebrate Easter in April.