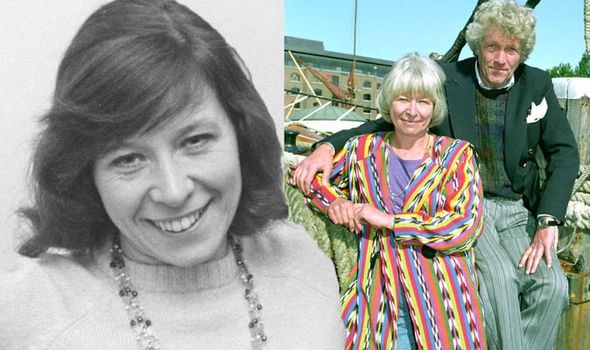 The actress, who was afraid of the sea, found fame playing Jane Seymour in The Six Wives Of Henry VIII and later in The Onedin Line, as the long-suffering wife of shipping line founder James Onedin. Later Anne Stallybrass, who married actor Roger Rowland in 1963 before later divorcing, tied the knot with her co-star Peter Gilmore in 1979 after 10 years as a couple and they lived in a cottage in Dartmouth. He passed away in 2013.

The star – full name Jacqueline Anne Stallybrass – was born on December 4, 1938, and died yesterday. She is survived by nephew, Jeremy, and two nieces, Caroline and Nicola.

Anne was born in Rochford, Essex, to Bank of England clerk Edward Stallybrass and his wife Annie, neé Peacock.

She went to a local convent school, the same attended by Dame Helen Mirren and Gemma Graven.

She got her first acting experience with the Arthur Brough Players, at Folkestone’s Leas Pavilion, where she debuted in Rookery Nook in 1960, in Westcliff.

Her first notable TV role was playing Jane in 1970’s The Six Wives Of Henry VIII, which went on to become a hit all over the world.

Speaking in 1989, she said of the part: “Not one of us thought we were involved in a success while we were making it.”

On the ongoing acclaim of the show being aired around the world at the time, she said: “I had a cheque from Saudi Arabia the other day and that was for a piece of work I originally did 19 years ago, I suppose. Amazing.”

It was 18 months after playing Jane that she went on to scoop her most renowned part, in BBC’s The Onedin Line, which aired in 70 countries.